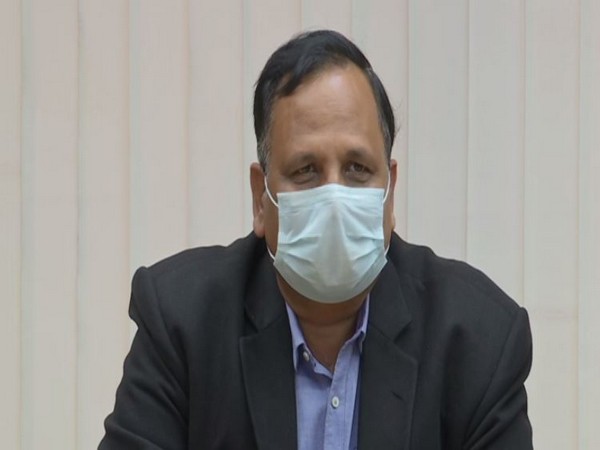 New Delhi [India], January 14 (ANI): After reducing the budget of several of its departments, the Delhi government is releasing Rs 938 crores to pay the salaries of Municipal Corporation of Delhi (MCD) employees, said Delhi Health Minister Satyendra Jain on Thursday.

"We all know about corruption--in construction work of lenters they made Rs five to 10 crore illegally. They (BJP councillors) are constructing their own buildings," Jain said
On January 13 the Delhi High Court criticised three municipal corporations in Delhi for not providing cashless medical services to their retired employees including teachers despite charging subscription fee from them.
The Bench of Justice DN Patel and Justice Jyoti Singh expressed disappointment with the three MCDs-- South, North and East-- and noted that retired employees of the corporations had pending medical bills. The court asked how fee can be charged if the corporations do not have a tie-up with the hospitals for cashless treatment. It also asked about the employees not getting their pensions for a long time.
Delhi Chief Minister Arvind Kejriwal had earlier alleged there was corruption to the tune of Rs 2,500 crore in the MCD during the BJP's tenure. (ANI)