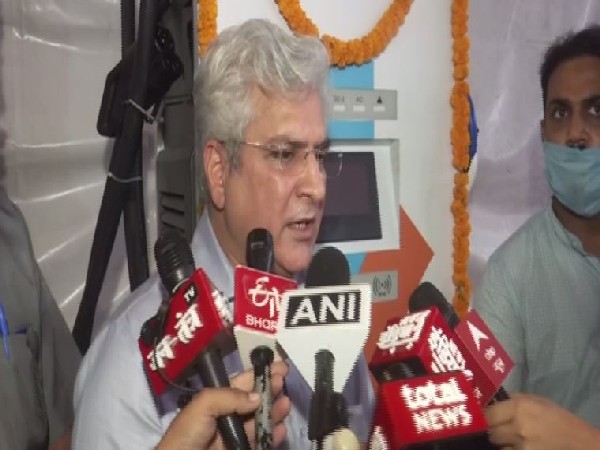 Delhi Transport Minister Kailash Gahlot lauded the efforts taken up by Chief Minister Arvind Kejriwal in this regard.
Addressing the reporters, he said, "The Kejriwal government is continuously taking steps to promote electric vehicles in Delhi thereby aiming to curb pollution levels in the city. We came here to lay the foundation stone for promoting the same."
"Over the last one year, 17,000 electric vehicles have been registered here under the Delhi Electric Vehicle Policy, 2020. This e-vehicle policy is the best in the whole country. We have selected seven places, which we will complete and dedicate it to the public between September 30 and October 7 this year, provided we get an e-vehicle charging station for every two three kilometres. Hopefully, people will get a lot of convenience with this step in the future ahead," he added.
The project, for which Convergence Energy Services Limited (CESL) has been allotted 10mx9m space at Nehru Place bus terminal, will be completed and opened to the public within a month.
"CESL will complete its construction work within a month. CM @ArvindKejriwal and I are committed to make Delhi pollution-free #EVCapital," Gahlot tweeted
The minister informed that charging stations will be set up at seven places in Delhi for electric vehicles namely Delhi's Dwarka Sector-8, Dwarka Sector 2 Depot, Mehrauli Terminal, Nehru Place Terminal, Okhla CW-II, Sukhdev Vihar Depot and Kalkaji Depot. Each of these seven locations will have a total of six charging points, including three for two-wheelers and another three for four-wheelers. (ANI)