Delhi schools are better than UP schools: Kejriwal 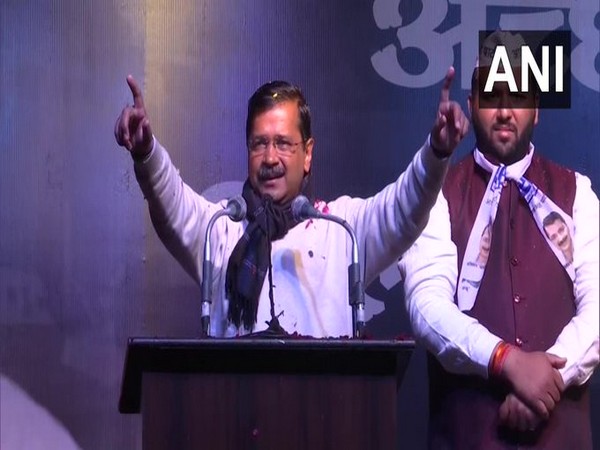 "Uttar Pradesh chief minister is holding rallies in Delhi, he has been saying that hospitals are bad here, education is bad, and that Kejriwal has spoiled the schools but people are saying they are at least better than Uttar Pradesh," said Kejriwal.
Adityanath has been campaigning for the BJP for the upcoming assembly election in Delhi, which is scheduled to be held on February 8. The counting of votes will take place on February 11.
Addressing a rally in Vishwas Nagar area here, Kejriwal said, "He (Adityanath) will tell us that hospitals and schools are bad here, everybody knows the reality of the hospitals in Gorakhpur, and you just look after your hospitals and schools."
He further said, "If BJP people come to you tell them, as long as our Kejriwal is (Chief Minister), electricity, water, schools, medical treatment and travel in buses will be free."
The Aam Aadmi Party (AAP) on Sunday petitioned the Election Commission to bar the Uttar Pradesh CM from campaigning in Delhi over his incendiary remarks and allegations against Delhi CM Kejriwal. (ANI)