Despite China's warning, US, Taiwan sign blueprint for economic ties 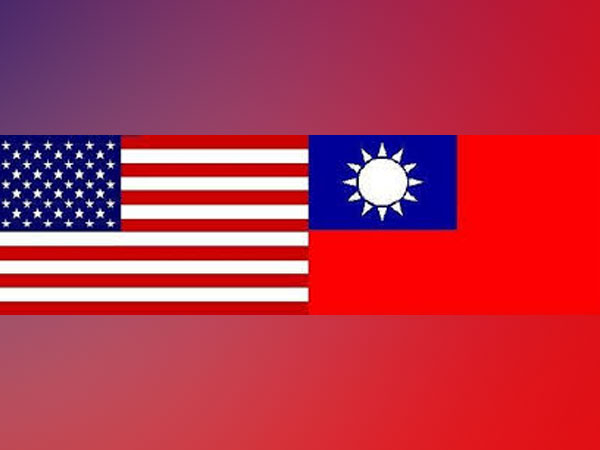 Washington [US], November 21 (ANI): In a move that is expected to draw the ire of China, the United States and Taiwan on Friday signed a blueprint for closer economic ties, in Washington.

The memorandum of understanding agreed to during Friday's inaugural talks over a US-Taiwan Economic Prosperity Partnership Dialogue included healthcare, semiconductors, 5G infrastructure and energy sectors, besides supply-chain security.
"We find ourselves in a drastically changing world with new challenges to human rights, cybersecurity, economic stability and geopolitics," Hsiao Bi-khim, Taiwan's official representative in Washington, said in a statement. "Therefore today's dialogue comes at an opportune time to discuss how we could work together to address these challenges."
Taiwan's delegation Friday was led by its Deputy Minister of Economic Affairs Chen Chern-chyi, with the US side headed by Undersecretary of State Keith Krach, who visited Taipei in September.
Chinese Foreign Ministry spokesman Wang Wenbin warned last week that the partnership risks damaging Washington-Beijing relations. "China consistently opposes official exchanges between the US and the Taiwan region," he said, adding that Washington should "send no misleading signals to the Taiwan separatist forces".
Taipei also announced on Friday that US Environmental Protection Agency head Andrew Wheeler would visit the island in December, the third such high-level US official visit since August. China has long sought to contain Taiwan globally.
China regards Taipei as a "breakaway province" and has said that it wouldn't mind using force to claim it. At the same time, Beijing has also accused Washington and Taipei of promoting independence.
China in recent years has also increased military drills around Taiwan, with almost 40 Chinese warplanes crossing the median line between the mainland and Taiwan on September 18-19, one of several sorties the island's President Tsai Ing-wen called a "threat of force".
During US Health Secretary Alex Azar's historic visit to Taiwan in September, China deployed fighter jets that briefly crossed the midline of the Taiwan Strait, South China Morning Post had reported citing Taiwan's Defence Ministry.
The ministry had said it had tracked the PLA fighters with its land-based anti-aircraft missiles and had "strongly driven them out".
In August, the United States announced that it was establishing a new economic dialogue with Taiwan focused on technology, healthcare, energy and other sectors. Taiwan hopes talks will result in a free-trade agreement with the United States. The Trump administration has also stepped up military support for Taiwan in recent years through increased arms sales. (ANI)