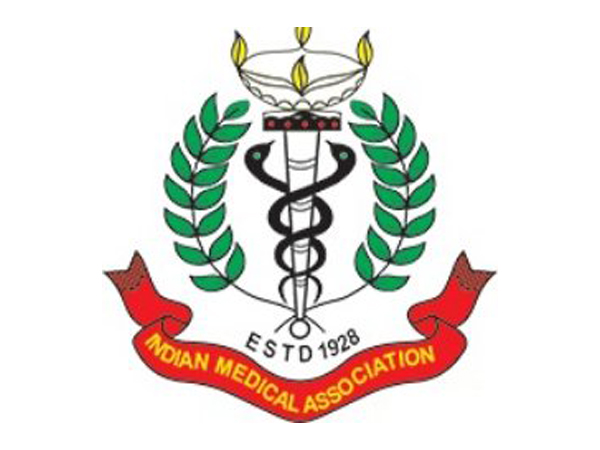 New Delhi [India], November 22 (ANI): A day after Central Council of Indian Medicine (CCIM) amended the Indian Medicine Central Council Regulations, 2016, to introduce formal training and practice of surgeries to the postgraduate students of ayurveda, Indian Medical Association (IMA) on Saturday suggested it to develop its own "surgical disciplines" from its own ancient texts.

The IMA also demanded the withdrawal of the order and delineation of the Indian medicine disciplines based on original Indian texts.
"IMA exhorts the council to develop their own surgical disciplines from their own ancient texts and not claim the surgical disciplines of modern medicine as its own. Such a deviant practice is unbecoming of a statutory body. The IMA will have no objections for the council to develop their own dedicated disciplines without mixing modern medicine surgical disciplines," the IMA told the CCIM, which regulates the medical study and practice of ayurveda in the country.
The CCIM, in a gazetted notification dated November 20, said "The (PG ayurveda) students would receive training in shalya (general surgery) and shalakya (diseases of ear, nose, throat, eye, head, oro-dentistry) specialisations. It will make them legally valid to perform procedures such as skin grafting, cataract surgery and root canal treatment."
On Saturday, the IMA, through a press release, "unequivocally" condemned the "uncivil ways of the Central Council of Indian Medicine to... empower its practitioners with undeserving areas of practice". "The said council has come out with a gazette notification of a list of surgical procedures which can be performed by its practitioners. They have no right to the technical terms, techniques and procedures of modern medicine. The IMA draws the Lakshman Rekha which they can cross at their peril," the IMA said in a press note on Saturday.
It lambasted as the CCIM saying that the council has the dubious reputation of prescribing modern medicine textbooks to its students.
The IMA demanded that the government should refrain from posting any modern medicine doctor in the colleges of Indian Medicine, stating that it saw this move as a retrograde step of mixing the systems, which "will be resisted at all costs".
"All over India, students and practitioners of modern medicine are agitated over this violation of mutual identity and respect. What is the sanctity of NEET if such lateral shortcuts are devised," it asked.
"Corrupting modern medicine by mixing it with other systems and poaching the disciplines of modern medicine through the back door is certainly foul play of first order," it added.
Meanwhile, a legal notice was sent to the IMA by Supreme Court lawyer Archana Pathak Dave on behalf of Vaidya Prashant Tiwari, a practitioner of ayurvedic medicine, on November 18. The notice was sent to the IMA for its "irresponsible, defamatory, false and misleading" statements made with an intention to "disrepute AYUSH medicines and their practitioners".
The notice called out IMA for "referring to AYUSH medicine as placebo", for stating they are not "drug", besides not supporting AYUSH Ministry's claim of ayurvedic medicine being effective against the COVID-19.
On October 6, the central government had announced the National Clinical Management Protocol for the COVID-19, based on ayurveda and yoga, following which the IMA on October 9 had asked Union Health Minister Dr Harsh Vardhan to produce substantiating evidence of it.
Questioning the scientific basis of these protocols, the IMA asked the health minister "to give reproducibility of a claim elsewhere in non-conflict situations and double-blind control studies".
The National Clinical Management Protocol for COVID-19 has recommended tips doing gargles with warm water mixed with a pinch of turmeric and salt. (ANI)