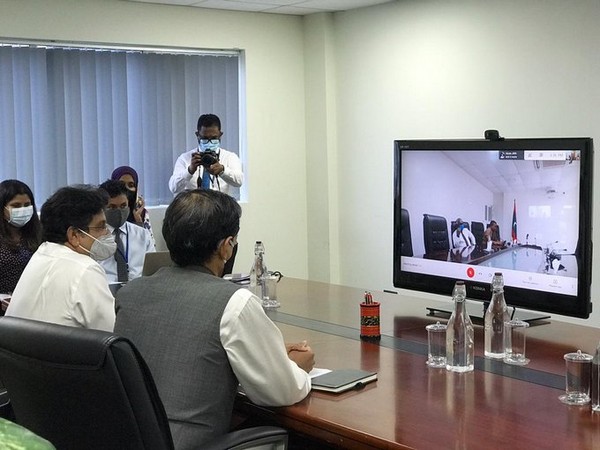 Male [Maldives], August 10 (ANI): High Commissioner of India in the Maldives, Sunjay Sudhir, participated in a contract award ceremony for 'Development of 5 Eco-tourism zones' in Addu.

As part of India's neighbourhood first policy, five eco-tourism zones in the Maldives are being developed with grant assistance from New Delhi.
These are being developed under MoUs signed between Indian High Commission, Maldives Foreign Affairs Ministry and Addu City Council in February this year.
"Contract-signing ceremony for dvpt. of 5 eco-tourism zones in Addu was held @AdduCityCouncil. Together with the 3 Fish-plant projects awarded earlier, we hope these 8 projects being implemented with grant assistance from India transform the economic & employment landscape of #Addu," High Commission of India in Maldives said in a tweet.
The five zones being developed are one each in Hithadoo, Maradhoo, Feydhoo, Hulhudhoo and Meedhoo.
All these projects are being implemented under the High-Impact Community Development project (HICDP) scheme for which a total grant assistance of MVR 85 million ($5.5 million) had been given to the Maldives for nine projects. (ANI)