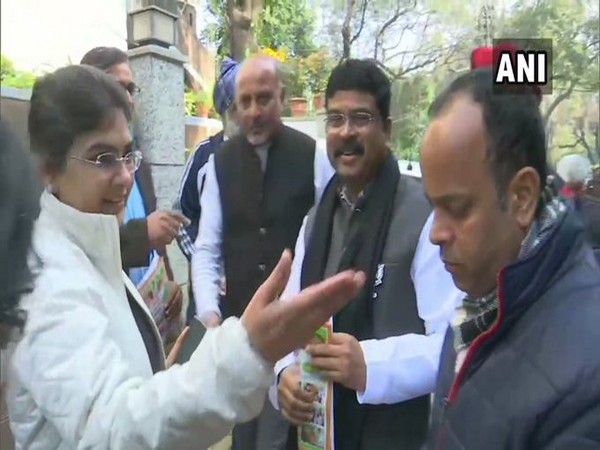 New Delhi [India], Feb 2 (ANI): With the date for polling in the Assembly elections inching closer, the national capital on Sunday saw high profile leaders lending their support to the BJP candidates.

Union Minister of Petroleum and Natural Gas, Dharmendra Pradhan on Sunday held a door to door campaign in Malviya Nagar for the ensuing polls on February 8.
The minister went door to door and handed booklets of BJP to the residents of the colony. He was accompanied by other party workers and later joined by residents too.
Pradhan greeted everyone he met during the campaign and requested them to vote for Bharatiya Janata Party (BJP) on February 8. (ANI)