Did I ask for stars and moon?: Uddhav on severing ties with BJP 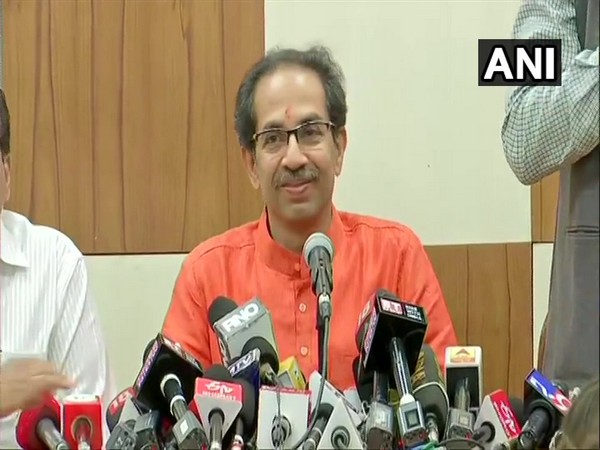 Mumbai (Maharashtra) [India], Feb 3 (ANI): Maharashtra Chief Minister Uddhav Thackeray, whose party severed ties with the BJP after the state elections, on Monday said that if somebody breaks a promise, "pain and anger is obvious".

"No, I did not get any shock," Thackeray said in an interview with Shiv Sena mouthpiece Saamana while talking about forming an alliance with NCP and Congress, and becoming the Maharashtra Chief Minister.
"I am a son of Shiv Sena Pramukh (Balasaheb Thackeray), several people tried to give a shock to me but they didn't succeed. This is a field where you have to accept in the beginning that there will be a bit pushing and pulling," Thackeray said.
He added that accepting the Chief Minister's post was not a shock for him and neither was it his "dream at any point of time"
"But I can say one thing for sure that I had decided to go to any level to fulfil the promise which I made to Balasaheb Thackeray. I want to further clear it that me becoming Chief Minister is not the fulfilling of the promise made to Shiv Sena Pramukh but it's just a step towards that. I will fulfil every promise which I made to my father," Uddhav Thackeray said.
"There are several types of shock. Did people like it or not, it is the important part. I have spoken on this issue (alliance with NCP and Congress) several times and even people have understood this. Making promises and keeping them are two different things. If someone breaks a promise, pain and anger is obvious," he added.
The Chief Minister said that he does not know if BJP "has come out their shock till now or not."
"But I have to say if they had kept their promise what would have happened, what a big deal had I asked for? Did I ask for stars and moon? I only asked for what was decided before Lok Sabha polls, when we decided seat distribution," he said.
He further said, "Maharashtra and the country are watching (who betrayed/shocked whom), I don't need to say much on this."
Soon after the Assembly election results, Shiv Sena demanded rotation of the chief minister's post and equal power-sharing in the state government, which was rejected by then ally BJP. The weeks of political stalemate led to the imposition of President's rule on November 13.
Firm on its demands, Sena, the second-largest party in the state, did not hesitate to cobble up with the ideological opponents -- NCP and Congress -- and was given the chief minister's post. (ANI)