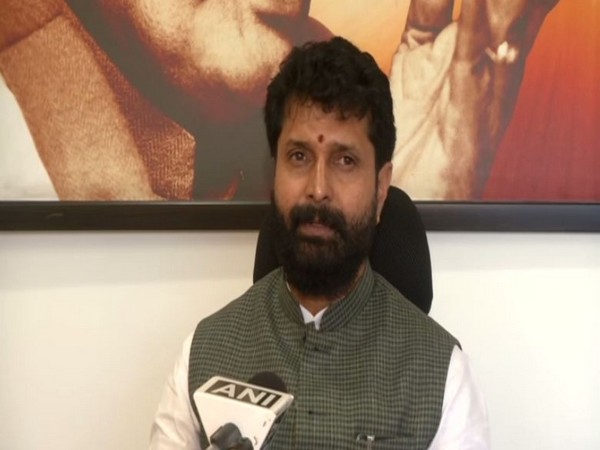 New Delhi [India], October 14 (ANI): After an alleged conversation on a video clip between two Karnataka Congress leaders about DK Shivakumar surfaced, BJP National General Secretary CT Ravi said that the KPCC president is working as a "collection agent" and has collected a lot of money.

This came after a video clip of former Congress Lok Sabha MP Ugrappa and Media Coordinator Saleem speaking about Shivkumar's alleged involvement in corruption went viral.
"Today two senior Congress people told the truth about KPCC's DK Shivakumar involvement in corruption. Earlier, BJP was being targeted when the IT department conducted a raid at Shivakumar's house. The truth itself has been kept in front of the public," Ravi said.
Slamming the Congress party, the BJP leader said that the KPCC president is working as a collection agent and has collected a lot of money.
"The party itself said that many scams will come out. I think not only the scam of KPCC President DK Shivakumar, but the scam of all Congress leaders will come out now," he added.
Ravi also said that all the Congress leaders did the "money collection" work when they were in power. "Today two senior leaders have raised this matter. I think Opposition leader Siddaramaiah's brilliant brain is behind this," the BJP national general secretary said.
He further said that Siddaramaiah is working to get Shivakumar out of the way. (ANI)