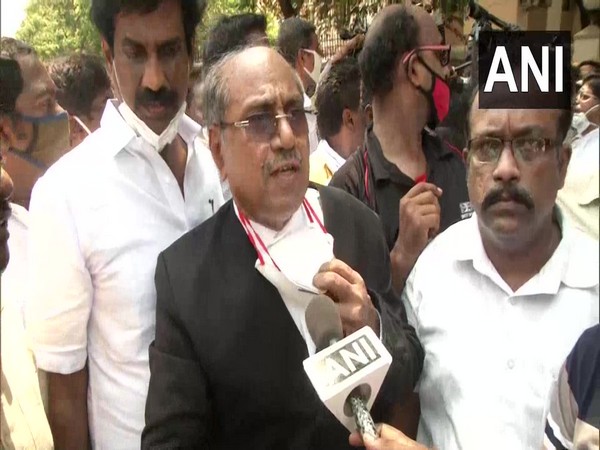 "The sole reason for his arrest was that he has been filing complaints against the Chief Minister and other ministers for their corruption. We have filed an application and court has given interim bail," said Shanmugasundaram, the lawyer representing Bharathi.
The MP was arrested by Chennai Police for allegedly giving a speech at Kalaignar Readers Circle in Chennai's Anbagam on February 14, against members of the Scheduled Caste (SC) community.
In his speech, he claimed that the elevation of certain judges to the Madras HC after M Karunanidhi became chief minister was nothing but alms provided by the Dravidian movement.
A case was filed at the Chennai Teynampet police station for his derogatory remarks. (ANI)