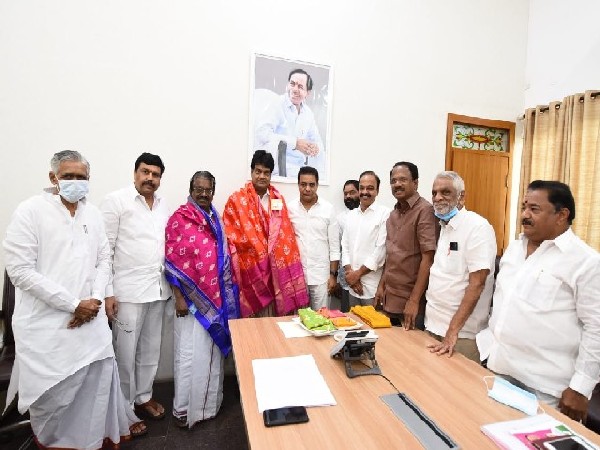 TKS Elangovan while speaking to the media stated that "We have come to hand over a letter from our chief minister MK Stalin to Telangana Chief Minister K Chandrashekhar Rao to scrap the NEET exams."
He said "We build the infrastructure for medical college and we pay salaries to lecturers but NEET exam deprive our students of getting into our colleges, it is also against the federal sector. So, education should be brought back to the state list instead of the concurrent list. We are talking to all the Opposition parties in the country that all these attempts made by the Centre to suppress states should be stopped". We have met the KTR and he said that he will give all the support to stop the NEET exam."
Dr. Kalanidhi Veeraswamy and T.K.S. Elangovan met KTR at the Telangana Bhavan and handed over a letter written by the Tamil Nadu Chief Minister M.K. Stalin to 11 non-BJP ruled states in this regard.
Tamil Nadu Chief Minister MK Stalin had earlier written the letter reiterating the DMK government's Opposition to NEET to restore the primacy of the states. (ANI)