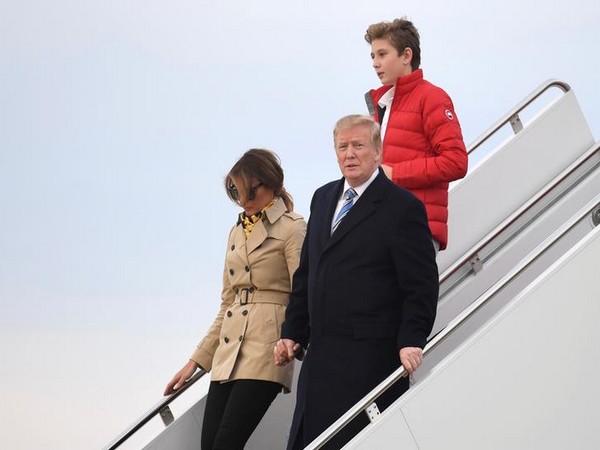 Washington D.C. [United States], Sep 13 (ANI): US President Donald Trump and first lady Melania Trump have urged their 13-year-old son Barron to not vape.
"We haven't told him anything except, 'Don't vape. Don't vape.' We don't like vaping. I don't like vaping," Trump said of Barron, New York Post reported.

Trump made the statement on the White House lawn before departing for Baltimore when a reporter asked if he and the first lady had discussed e-cigarettes or vaping with their teen son Barron.
Earlier on Wednesday, the Trump administration had announced that it would ban the sale of flavoured e-cigarettes or vaping liquids in a couple of weeks.
This move comes after as many as six people have died in the United States and hundreds of others have fallen ill with mysterious lung diseases from vaping, the report stated.
Under the Food and Drug Administration (FDA) ban, the companies that want to sell flavoured e-cigarettes will have to gain federal approval from the administration, which could take more than a year. (ANI)