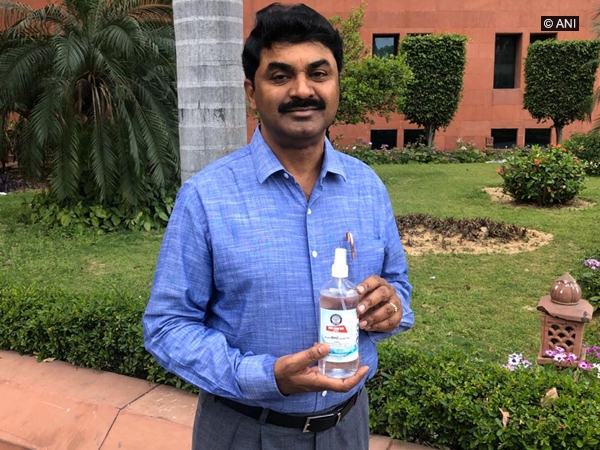 "Some time back DRDO developed a ventilator along with Society for Biomedical Technology (SBMT), its technology has been transferred to the industry. An industry in Mysore is producing the secondary version of that ventilator now. The Bharat Electronics Limited has also joined in and another private industry is also coming in," Reddy told ANI.
Reddy said their lab in Mysore has supplied some critical parts for the ventilators and that industry can produce around 5,000 ventilators per month now. By increasing their capacity, they can take it up to 10,000 ventilators per month to meet the shortages.
"My laboratories have already helped in the distribution of 20,000 bottles of hand sanitizers which are being given to different organisations including the Delhi Police, the three armed forces and other security agencies," Reddy said.
DRDO Chairman said many other private players including Anand Mahindra have also shown interest in this and if they come in, the production output can be taken much higher.
"We have also developed N-99 and 3 layered masks, we have produced more than 20,000 masks and supplied to various agencies, including Delhi Police," Reddy highlighted.
DRDO is also working for providing ready to eat meals for government and health sector workers through its Defence Food Research laboratory in Mysore which specialises in providing such meals to armed forces' personnel. (ANI)