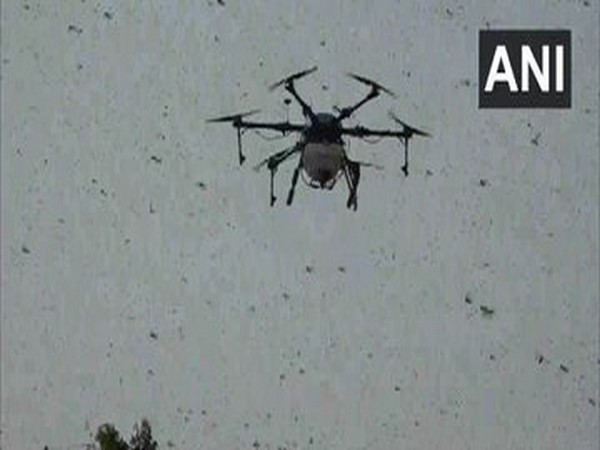 Speaking to ANI, SN Singh, Assistant Director, Agriculture Department said, "Around 60 per cent of locusts have been killed. Four drones given by the central government are being used to spray insecticides".
"The swarms of locusts arrived here at around 8 pm to 9 pm yesterday. We used tractors and fire brigades for spraying here. Now a team assigned by Central Government has also arrived here with four drones to kill the locusts," said Rampravesh Kumar, District Agricultural, Defense Officer Agra.
A resident, Nihal Singh who came out for a walk, told ANI that a large number of locusts surfaced this early in the morning and it became difficult for the locals to even walk.
According to the information by the Ministry of Agriculture, all the groups of locust swarms are being tracked by teams of the state agriculture departments of Rajasthan, Haryana and Uttar Pradesh, local administrations and officials of the Central Locust Warning Organisation.
Control operations are underway. (ANI)