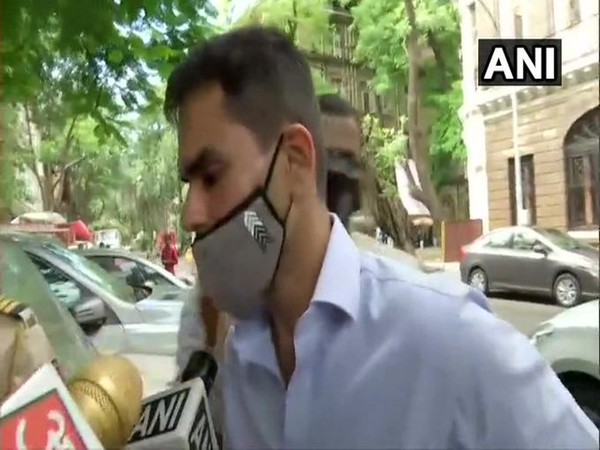 Earlier in the day, the NCB Mumbai has said drug peddlers Chris Costa and Suryadeep Malhotra have been arrested by it and they will be produced before a court later in the day.
The NCB on Monday conducted searches at the residence of alleged drug peddler Suryadeep Malhotra in Mumbai in connection with a drug case related to the death of Sushant Singh Rajput.
According to NCB officials, raids were also conducted at several other locations in Mumbai in connection with the case. Officials said Suryadeep will be brought to the NCB office.
The NCB had on Sunday apprehended a person identified as Karam Jeet Singh Anand in connection with the drug case after ganja was recovered from his possession.
Dywan Anthony Fernandes along with two persons has been apprehended from Dadar (West), Mumbai, who used to supply ganja, the NCB had earlier said and added that in this case 500 grams of ganja has been recovered.
According to an NCB statement, in a further development Ankush Arenja, 29, of Powai was also apprehended who is a receiver of contraband from Karam Jeet and also supplies it to arrested accused Anuj Keshwani and 42 grams of charas and cash of Rs 112,400 has been recovered from him.
The NCB, Sub Zone, Goa has apprehended Chris Costa in the same case.
The NCB had launched an investigation after it received official communication from Enforcement Directorate (ED), in which there were various chats related to drug consumption, procurement, usage and transportation in connection with the Sushant Singh Rajput death case.
The ED had on July 31 registered an Enforcement Case Information Report in the late actor's death case after a First Information Report was filed by Rajput's father KK Singh against Rhea Chakraborty in Bihar on July 28.
Rajput was found dead at his Mumbai residence on June 14. (ANI)