Economic indicators are 'encouraging', we have road map for recovery: PM Modi 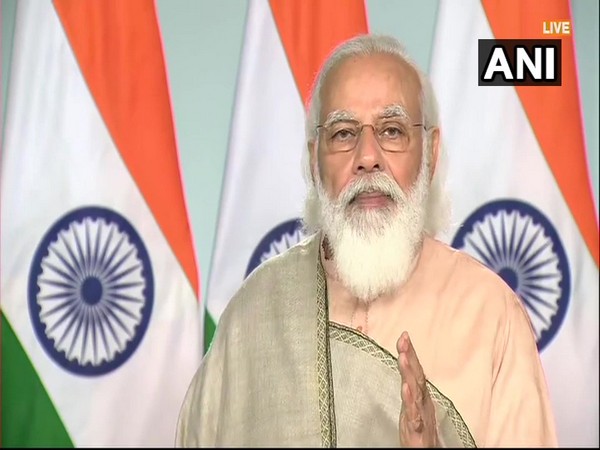 New Delhi [India], December 12 (ANI): Prime Minister Narendra Modi on Saturday said that the country's economic indicators are "encouraging" and it has the road map for recovery from the coronavirus pandemic situation.

Addressing the 93rd Annual Convention of Federation of Indian Chambers of Commerce and Industry (FICCI), he said that there were a lot of "uncertainties" about production, logistics and the revival of the economy when the pandemic began earlier this year. But now, he said that the situation has changed.
"In the match of 20-20, we saw a lot of things changing rapidly. But 2020 baffled everyone. The nation and the entire world saw a lot of ups and downs. When we will think of Corona period a few years later, perhaps we won't be able to believe it. It is good that things are improving swiftly," he said.
"When the pandemic began in February-March, we were fighting against an unknown enemy. There were a lot of uncertainties -- be it production, logistics, the revival of the economy -- there were multiple issues. The question was, how long will this go on? How will things improve?" he added.
The Prime Minister also said that by December, the "situation has changed" and the economic indicators today are "encouraging".
"We have answers as well as a roadmap. The things learnt by the nation at the time of crisis have further strengthened the resolutions of the future. The credit goes to Indian entrepreneurs, youth, farmers and citizens," he said.
PM Modi said that India prioritised saving lives of our people during the pandemic. "In the past some months, the country united work framed policies, took decisions and take care of the situation. This has stunned the world," he further said.
PM Modi said that foreign investors have made record investments in India in the past few months.
"The faith that the world placed on India in the last six years, has further strengthened in the past few months. Be it FDI (foreign direct investment) or FPI (foreign portfolio investment) -- foreign investors have made record investments in India and are continuing to do that," he said.
"Today, citizens are committed to make India self-reliant and working for 'vocal for local'. This is an example that how much the country believes in its private sector. India's private sector can not only fulfill domestic needs but it can establish its presence globally," he added.
The Prime Minister said that self-reliant India campaign promotes efficiency in every sector.
"Policies of past promoted inefficiency in many sectors and stopped new experiments. Aatmanirbhar Bharat Abhiyan promotes efficiency in every sector. Emphasis is being laid to re-energise technology-based industries in sectors in which India has long term competitive advantage," he said.
FICCI's Annual Convention is being held virtually on December 11, 12 and 14, 2020. According to the Prime Minister's Office (PMO), the theme of this year's Annual Convention is "Inspired India".
The virtual expo is expected to provide an opportunity to exhibitors from across the globe to showcase their products and advance their business prospects. (ANI)