Education of military leaders suffered due to absence of chronicled history: Army Chief 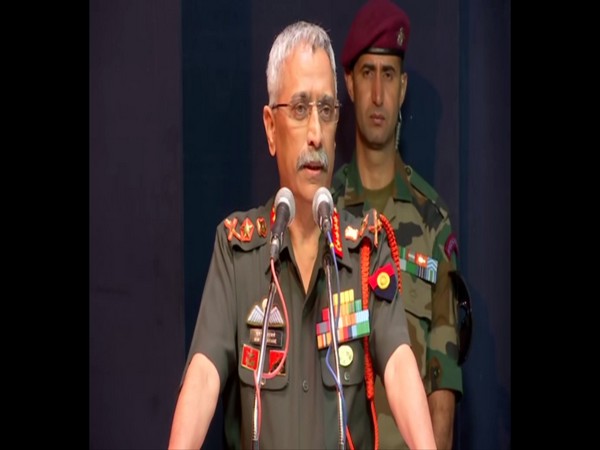 Pune (Maharashtra) [India], Feb 2 (ANI): Army Chief General Manoj Mukund Naravane on Saturday said that the education of military leaders of the past suffered because of the absence of chronicled history.

The Army chief was speaking at a book launch event here. Authored by Major General (retired) Shashikant Pitre, the book is based on Bajirao Peshwa, a general of the Maratha Empire.
"History repeats itself is an old saying and the purpose of military history is to learn from the mistakes of the past. There are always historical parallels and it is for us to recognise those. The study of military history by itself is not a panacea or a solution for all, but a careful reading of military history will certainly give certain insights and provide some inputs for some more informed decision making once one is in a situation like that," General Naravane said.
"It also helps us to understand why some leaders succeed and why some leaders fail. Probably those leaders who succeed are the ones who have learnt the lessons from history and therefore avoid those mistakes. India from ancient times has witnessed a succession of dynasties and empires. However, we have been very poor chroniclers of history," he added.
General Naravane went on to say that "we had a tradition of bards of oral history, ballads and other stories in musical forms".
"However, what was missing in all this oral history, was an analytical insight into what was actually happening on the ground... What we want to know is what the order of battle was? How were the forces arrayed? What the relative strengths of these forces? Was there some plan of battle? Was there some strategy involved? How did the battle itself unfold? All such questions actually remain unanswered in most Indian accounts of military history," the Army Chief said.
"It is in the absence of such a chronicled history that the education of the military leaders has suffered. Repeatedly, we committed the same errors leading to the same outcomes... It is in this context, this book authored by Major General Pitre fills a very crucial and important gap," he further said. (ANI)