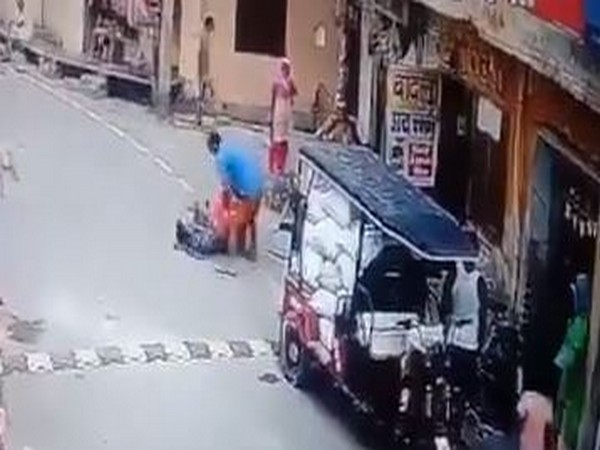 Ghaziabad (Uttar Pradesh) [India], September 16 (ANI): An elderly woman was thrashed by her neighbour on the streets of the Kavi Nagar area in Ghaziabad district on September 12.

She had attempted to stop an eve-teasing attempt at her daughter.
The incident came to light after the video of the incident went viral on social media. In the video, the victim was beaten by the accused identified as Sunil Chaudhary and a chair was thrown at her in full public view.
According to the Ghaziabad Police, after the FIR was lodged by the complainant they have arrested the accused.
"The man who attacked the woman was his neighbour. Earlier also, they had a tussle over certain things. The victim was provided medical treatment after we received the complaint. The investigation into the matter is underway," said Abhishek Verma, SP Ghaziabad.
The police, however, claimed that the complaint does not mention the issue of eve-teasing but the victim had alleged that she was beaten up by the accused.
The probe into the matter is underway. (ANI)