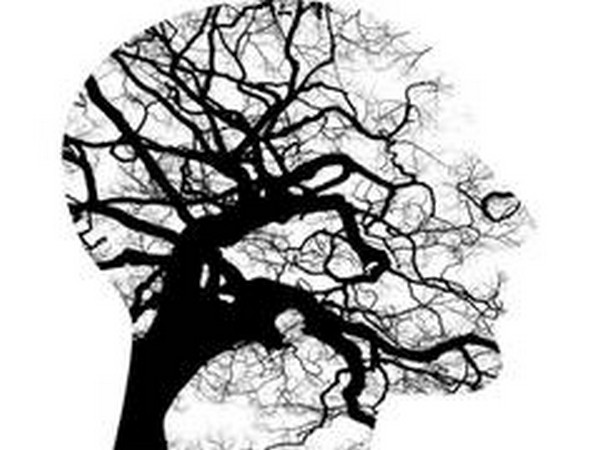 Washington [US], September 13 (ANI): One of the largest ever studies of patients with untreatable bipolar disorder has shown that ECT (Electroconvulsive Therapy) was able to reduce suicide risk by 84 per cent in high-risk patients, as well as giving effective treatment to around 72 per cent of sufferers.

Bipolar disorder, among the most common mental health disorders where patients exhibit emotional instability and may experience very severe mood swings. It affects around 1 per cent of Europeans, meaning that approximately 5 million Europeans suffer.
Bipolar disorder can cause mixed states of mania and depression; this mix can lead to an increased risk of suicide, since sufferers may simultaneously experience both the symptoms of depression (such as the sense of guilt and worthlessness) and symptoms of mania (such as increased activity and tendency to act without thinking twice). Most patients can control the condition via prescription drugs, but almost a third of patients are resistant to treatment.
Now, the largest-ever study to follow bipolar patients and treatment from a single centre has confirmed that ECT can reduce suicide risk and allow a majority of patients affected by the treatment-resistant bipolar disease to return to a more normal life. This work is presented at the ECNP conference, after part-publication in the peer-reviewed journal The World Journal of Biological Psychiatry.
Between January 2006 and July 2019, 670 patients were referred to the University of Pisa psychiatry clinic for ECT treatment for bipolar disorder.
Dr Giulio Emilio Brancati, of the Department of Clinical and Experimental Medicine at the University of Pisa, said "ECT was invented in Italy, but despite this there are very few clinics in Italy which offer the treatment nowadays. A lot of patients who have failed with other treatments are referred to the Pisa clinic, which is why we were able to gather so much data from a single clinic".
The treatment showed great success in treating bipolar sufferers, with remission rates of over 60 per cent for symptoms characteristic of bipolar "mixed states", such as emotional over-reactivity, motor hyperactivity, aggressiveness and persecutory delusions, uncooperativeness, catatonia and associated movement disturbances.
"Most importantly, 77 of our patients were classified as being at severe risk of suicide. After treatment only 2 remained at severe risk, while 65 showed no risk at all. This is an 84 per cent drop in suicidality after ECT treatment. We have not found this level of acute improvement with any other treatment", said Giulio Brancati.
He continued: "This is a real-life study, not a clinical trial. A formal trial would have been difficult and probably unethical in these patients, many of who were severely ill. They were generally referred to us only after multiple treatment failures, so most of these patients were running out of treatment options. When we sampled the patients who came to us we found that around 93 per cent had tried and failed with pharmacological treatment, 88 per cent had failed on 2 different drugs. In fact, on average each patient who came to us had tried 5 different drugs, without success".
The public tends to have a negative view of ECT, largely based on media representation of the very different psychiatric world of the 1950s, but patients and psychiatrists are generally positive about the effects of ECT on otherwise untreatable or difficult to treat mental health conditions. Modern ECT is given under general anaesthetic and can lead to rapid recovery from Major Depression (the main side effect is a possible transitory loss of recent memory).
It's normally given 2 to 3 times per week, with between 6 and 16 treatments needed to show a positive effect. The use of ECT, in general, has recently dropped by around a third in the USA. This is despite the success of the treatment and the willingness of famous sufferers, such as Carrie Fisher, to come forward and talk about their treatment. Despite ECT being invented in Italy, the use of the technique is extremely restricted, leading to Italy having fewer centres specialising in ECT than most other countries of comparable size.
"ECT is used for major depression, but much less so for the other phases of Bipolar Disorder, especially for so-called mixed states, which have lower visibility. We find that many patients with treatment-resistant bipolar catatonic and mixed states are misdiagnosed as having schizophrenia. These patients need to be given a chance via receiving the right treatment", said Giulio Brancati.
Commenting, Dr Henricus Ruhe, psychiatrist at Radboudumc Netherlands, and Chair of the ECNP Abstract and Poster Committee, said:
"This study again shows that ECT can be a life-saving treatment and should not be withheld to patients suffering from difficult to treat mood disorders such as bipolar disorder. Although we should acknowledge adverse effects like (mostly temporary) memory impairments, these results show how well, and often how fast the response to ECT can be.
This effectiveness generally outweighs the adverse effects in these severely ill patients, who otherwise might suffer for much longer or not have effective treatment at all. Unfortunately, despite the long-term evidence, ECT is still viewed as a controversial treatment by the general public and the media, but also by many patients and relatives. This is also the case in Italy where very few centres can offer ECT nowadays.This prejudice against modern ECT unjustly stigmatizes both patients and psychiatry, and denies treatment to seriously-ill patients".
This is an independent comment, Dr Ruhe was not involved in this work. (ANI)