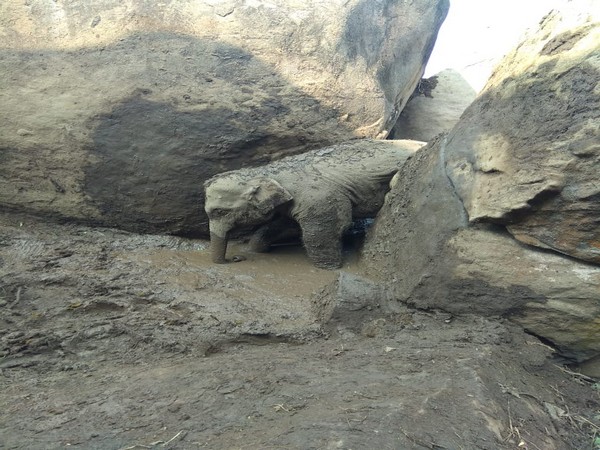 The incident took place on Saturday at the Sonakuchi hills area near the Jagiroad area.
According to the forest department officials, some villagers noticed that an elephant calf was trapped between huge rocks while its mother was roaming in the area.
During the rescue operation, the mother of the elephant calf chased the locals and the forest department personnel when they were trying to rescue the calf.
A local had suffered minor injuries during the rescue operation. (ANI)