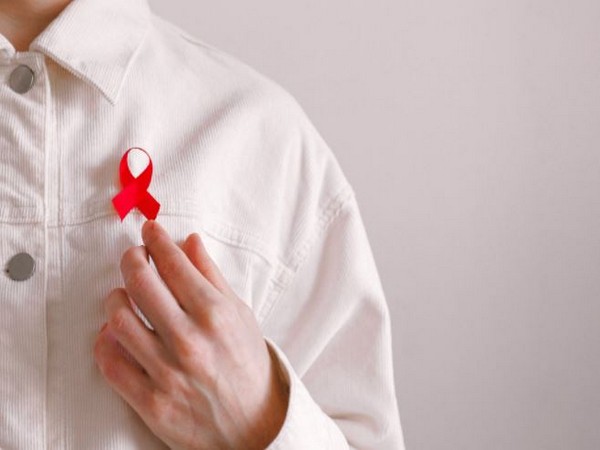 Washington [US], November 20 (ANI): Scientists at Scripps Research have moved closer to attaining a triumph over HIV research with a new vaccine approach that would anticipate engineered immune cells from the patient's body.

According to Science Daily, this week, scientists engaged in finding the solution to the virus which continues to infect millions around the world got much closer to the holy grail of attaining an approach that would make the production of HIV vaccine possible.
HIV is a disease that has proven tricky to be prevented with conventional antibodies, because it evolves rapidly in the body, according to the study. According to the researchers, a solution to the same would require persistent persuasion of the body into producing a special type of antibody that can act broadly to defeat multiple strains of the virus at once. This research has encouraged scientists to work on an approach that would rely on genetically engineered immune cells from the patient's body.
Science Daily reported that James Voss, Ph.D., of Scripps Research and his team in 2019, showed that reprogramming of the antibody genes of the immune system's B cells using CRISPR (Clustered Regularly Interspaced Short Palindromic Repeats) was a failure to produce the cells that would broadly neutralize the same HIV antibodies found in rare HIV patients.
But, after the new experiment, Voss said, "In experiments involving mice, the approach successfully induced broadly neutralizing antibodies also called Broadly neutralizing Antibodies (Bnabs) that can prevent HIV infection".
The new study says that the engineered B cells multiply in response to vaccination, after being reintroduced to the body and mature into memory and plasma that will produce high levels of protective antibodies for a long period of time in the body.
"This is the first time it has been shown that modified B cells can create a durable engineered antibody response in a relevant animal model," Voss explained through the report.
This vaccine approach, however, gives hope to the scientists to put a brake on the virus pervasive throughout the globe, and possibly a functional cure to those who already have HIV/AIDS.
According to Science Daily, Voss told, "In humans, the starting cells to create the vaccine could be obtained easily from a simple blood draw, then engineered in the lab before being reintroduced to the patient." He and his team are now exploring ways to improve the technology to make it easily available to a large number of people.
"People think of cell therapies as being very expensive," Voss says. "We're doing a lot of work towards trying to make the technology affordable as a preventative HIV vaccine or functional cure that would replace daily antiviral therapy," he added.
The approach may possibly be a big move in the field of medicines but the delivery of genes to a patient's own immune cells could prove to be a significant challenge. (ANI)