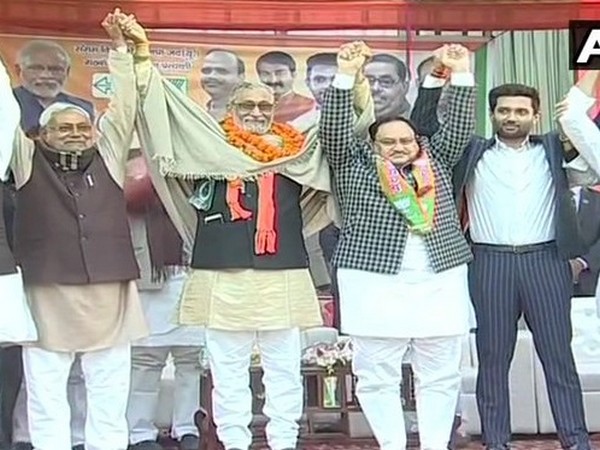 "Delhi has the highest dropout rate; enrolment in government schools has decreased, people are flocking to private schools," Nadda said at a rally in Sangam Vihar.
Nadda was campaigning along with chief minister of Bihar and JDU leader Nitish Kumar in support of the alliance candidate in Delhi Assembly elections from Sangam Vihar, Dr Shivcharan Lal Gupta.
Nadda also claimed that AAP government has spent crores in advertisements.
"Not one college has been set up, not one govt school has been set up in Delhi, crores have been spent on advertisements, and after repairing 2-3 schools with the money given by Modi Ji for smart schools, you say, schools' conditions have been improved," said Nadda.
He further added, "Despite not having a BJP government in Delhi, Modi Ji regularised 1,731 unauthorized colonies of Delhi."
Bihar Chief Minister Nitish Kumar congratulated Nadda for being appointed as the national president of BJP and said, "I want to congratulate JP Nadda Ji as he will play an important role in taking NDA and BJP forward."
Extending his wishes to the Central government for the Union Budget for the years 2020-21, Kumar said," I want to congratulate the central government for coming up with a budget which is in the interest of common man and the farmers of the country."
The leaders were addressing a rally in Delhi's Sangam Vihar area in the run-up to Delhi Assembly elections scheduled to be held on February 8. (ANI)