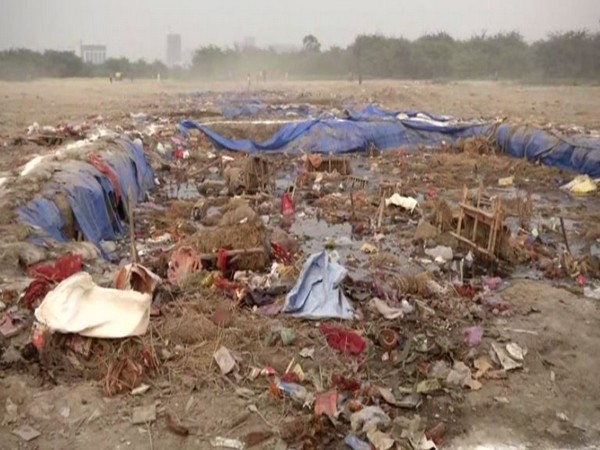 Speaking on the matter, environment conservationist Vikrant Tongad said it was good that all immersions took place in 89 artificial ponds.
"But these ponds will also harm the environment. Delhi government does not have a clear policy on how to clean these ponds. Our groundwater or surface-level water is being polluted," he told ANI.
He said that the Delhi government must apprise people about the plans to prevent chemicals from going into groundwater.
"Chemicals are used in making idols. We may take this matter to National Green Tribunal also as it is already monitoring the pollution level in groundwater," Tongad said.
Environment activists also claimed that after immersion, leftovers, decorative materials and broken idols were visible in some artificial ponds and only a few efforts were made by the Delhi government to clean the ponds.
The locals living near some of the ponds have complained of unpleasant smell.
Delhi Environment minister Kailash Gahlot, in a circular, had asked the concerned agencies to clear all leftover materials in 48 hours of the immersion.
"Within 48 hours of immersion of idols, the leftover materials at idol immersion points on the banks of rivers, lakes, ponds, etc. be collected by the local bodies for disposal as per the guidelines issued by CPCB," it said. (ANI)