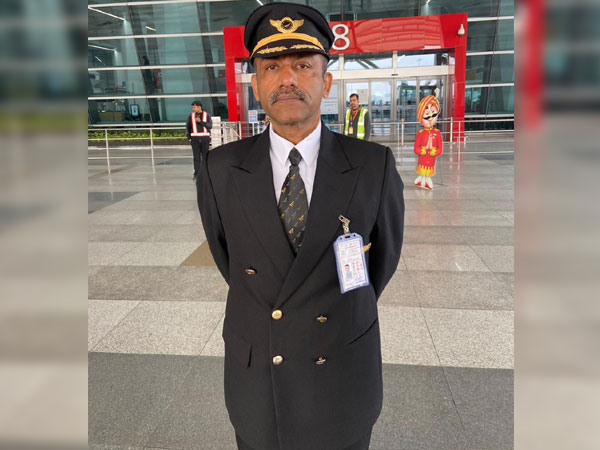 By Ashoke Raj
New Delhi [India], Feb 1 (ANI): The successful evacuation of the first batch of the Indians from the coronavirus-struck Chinese city of Wuhan took over seven hours, with each passenger having to go through proper medical screening and immigration process, Air India's Director of Operations Captain Amitabh Singh said on Saturday.

The special Air India flight carrying 324 evacuees returned to New Delhi from Wuhan on Saturday morning. The flight included a 20-member team led by Captain Singh.
"It took around seven hours in the ground, as we had to check several necessary steps like medical screening and immigration process before our countrymen could board the flight," Singh told ANI.
"The people were directly brought from universities to the consulate and then sent to the airport after our aircraft landed in Wuhan. We were informed that people are not allowed to hang out in and around the area near the airport or anywhere in the city," he added.
Narrating the challenges faced during the evacuation, Captain Singh said that the entire crew was going to an area affected by a contagious disease for the first time
"To ensure that the crew and staff were absolutely safe, we had a good team of doctors from RML, who put our fears at rest; they briefed us on how to protect us using the protective clothes and gears," he added.
When asked on the air traffic situation in airspace from Delhi to Wuhan, Captain Singh explained that once the flight took-off, the journey was completely smooth.
"The airspace was empty, there were hardly one or two aircraft; the airport in Wuhan was also absolutely empty. We got priority everywhere, the ATCs were very cooperative," he told ANI.
This wasn't the first time Captain Amitabh had a tryst with evacuating people in need. He has carried such operations earlier as well.
In August 1990, he was one of the pilots who helped in the evacuation of Indians stuck in Iraq and Kuwait, during the war situation in the Middle East and also in Kashmir when floods ravaged the valley he was the first one who evacuated people from the valley.
He will again lead the AI crew for the second batch of the evacuation of Indians from Wuhan. (ANI)