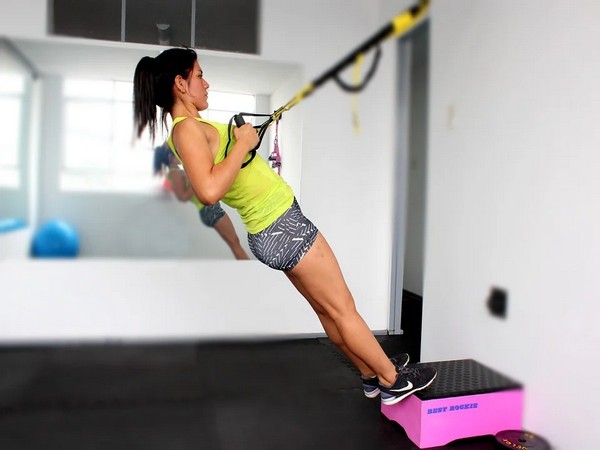 Washington D.C. [USA], May 22 (ANI): The results of a study on breast cancer patients show that women who exercise not only live longer, but also are more likely to remain cancer-free after their treatment.

These are the findings of a comprehensive analysis of exercise and its protective role for high-risk breast cancer patients. The study suggests that even a modest amount of exercise can be beneficial.
"Aiming for as little as two and half hours a week of exercise - the minimum under federal guidelines - can have a big impact for women with high-risk breast cancer," said study lead Rikki Cannioto, PhD, EdD. "Our research shows that some physical activity is far better, in terms of cancer survival, than no activity at all and it is just as beneficial as longer workouts."
Cannioto's study was part of a clinical trial run by SWOG Cancer Research Network, a cancer clinical trials network funded by the National Cancer Institute (NCI), part of the National Institutes of Health (NIH), and a member of the oldest and largest publicly-funded research network in the nation. Study results are published in the Journal of the National Cancer Institute, and featured in the most recent edition of the NCI's Cancer Currents blog.
Research has long shown a positive correlation between exercise and cancer survival. People who exercise more - before or after cancer treatment - appear to live longer. What makes the SWOG study unique is that it also showed, among the high-risk breast cancer patients it studied, those who exercised had a lower chance of their breast cancer returning after treatment. Another new twist is the time scale of the study. Patients were not only asked about their exercise before and after cancer treatment - but during chemotherapy, too.
Cannioto, an assistant professor of oncology in the Department of Cancer Prevention and Control at Roswell Park Comprehensive Cancer Center, wanted to determine the impact of the amount of exercise, and its timing, on women with breast cancers that are high-risk, or likely to return. She addressed this question in the context of the Diet, Exercise, Lifestyle and Cancer Prognosis Study (DELCaP), led by Christine Ambrosone, PhD, from Roswell Park and her SWOG collaborators.
The DELCaP study was part of S0221, a randomised phase III SWOG trial determining the best dose and schedule for three chemotherapy drugs. S0221 included patients with stage II or III breast cancer, or high-risk stage I cancer, all of which have a higher rate of returning because, among other features, the primary tumour was large or cancer had spread to the lymph nodes. S0221 enrolled 2,716 patients - and 1,607 consented to respond to the DELCaP questionnaire.
It included questions about study subjects' habits, including exercise. They were asked about current habits, as well as routines prior to their breast cancer diagnosis. The questionnaire was administered when patients enrolled in the study, when they were undergoing chemotherapy, one year after their study treatment, and again two years after treatment, for a total of four responses. More than 80 per cent responded in each round.
For exercise, patients were asked what type of physical activity they did, for how long, and how often. Responses were categorized based on the U.S. Department of Health and Human Services' Physical Activity Guidelines for Americans, which call for at least two and half hours of moderate-intensity activity a week or one and a quarter hours of vigorous activity per week. Cannioto and her team then looked at post-treatment outcomes for different groups.
Here's what they found:
- Patients who met the minimum federal exercise guidelines, before and after treatment, had a significantly reduced risk of their cancer returning - a 55 per cent decrease in risk.
- Patients who met the minimum federal exercise guidelines, before and after treatment, had a significantly reduced risk of death - a 68 per cent decrease in risk.
- Patients who started exercising only after treatment still saw big benefits - a 46 per cent decreased chance of recurrence and a 43 per cent decreased chance of dying.
- A few hours of consistent, weekly exercise result in the same survival benefits as longer periods of weekly activity.
"What these results suggest for doctors - and patients - is that even a modest exercise routine, taken up after cancer treatment, can help women with high-risk breast cancer live longer and healthier lives," Cannioto said. "It's never too late to start walking, doing yoga, cycling, or swimming - and that activity certainly appears to pay off." (ANI)