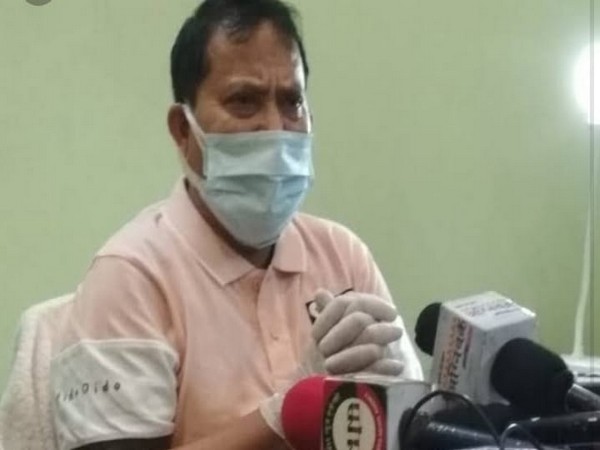 Chhapra (Bihar) [India], May 5 (ANI): Former Deputy Chairman of Bihar Legislative Council and state vice president of Rashtriya Janata Dal (RJD) leader Salim Parvez has resigned from the membership of the party in protest against its silence over the death of former MP Mohammad Shahabuddin.

"I had a personal relationship with Shahabuddin. He was not only my good friend and brother but I also had a lot of intimacy with him. I am very much shocked and also surprised by his untimely demise. It is a disappointment that any of the party leaders have not come with any statement amidst the incidents of his death," Parvez said in an official statement.
"I am saddened by this attitude of the party and I am resigning immediately from the post of primary membership of my state vice-president as a protest, he added.
The former Deputy Chairman also said that Shahabuddin had been one of the founders of the RJD. "He has not only played a role in the formation of the party but also the formation of the governments set up in Bihar under the leadership of Lalu Prasad Yadav and Rabri Devi."
"He never did politics on the basis of religion and neither supported it. He devoted his entire political life to irrigate the party," Parvez said.
Shahabuddin passed away on May 1 at a hospital in Delhi where he was undergoing treatment for COVID-19. He was serving a life sentence for murder at the Tihar Jail and was diagnosed with COVID-19 on April 20, after which he was admitted to the Deen Dayal Upadhyay (DDU) Hospital. (ANI)