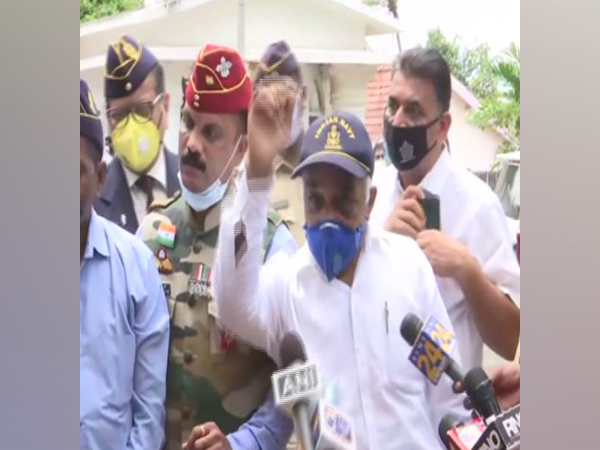 "The Governor is well aware of the entire situation. The crime of trespassing is applicable to everybody. The media has been put in jail for trespassing and Shiv Sena workers trespassed in my compound and they should also face the same consequences. The Governor has assured that action will be taken against such acts," Sharma said while speaking to reporters.
Sharma has also demanded the imposition of "President rule" and added that "the Governor has assured that he will raise the issue with the Centre."
Meanwhile, six persons were arrested in the case and later granted bail. However, Samta Nagar Police invoked IPC Section 452 (House-trespass after preparation for hurt, assault, or wrongful restraint) in the First Information Report (FIR) and re-arrested them last night.
The accused will be produced before the court today.
Yesterday, a protest took place outside Samta Nagar Police station in Kandivali where the matter has been registered. Revolutionary Party of India (RPI) workers protested against the state government and Mumbai Police over the issue.
The protesters demanded strict against Shiv Sena leaders and that an attempt to murder section to be added in the FIR against them. (ANI)