Exploitation of judicial process by convicts should be debated: Union Minister 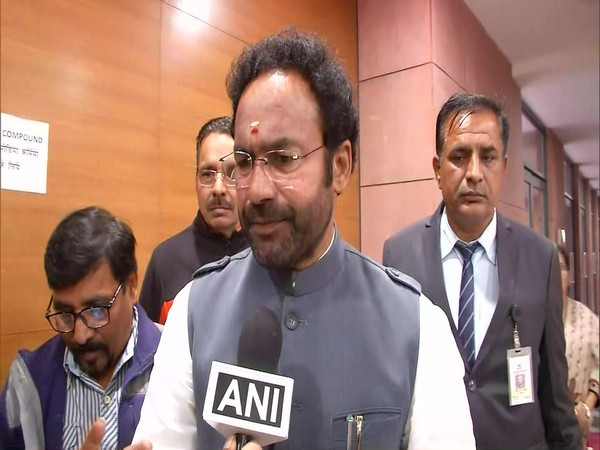 New Delhi [India], Jan 31 (ANI): Union MoS for Home Affairs G Kishan Reddy on Friday said that there should be a debate on how convicts of heinous crimes in India exploit the judicial process to delay their execution, in order to make way for the required reforms.

"There is a need to debate on how convicts of heinous crimes are delaying the death penalty by exploiting judicial processes," the minister said, without mentioning any specific case.
He added that the government was concerned about the issue.
On January 23, in the context of the case of UP couple on death row, Chief Justice of India SA Bobde too has said that death row convicts could not go endlessly filing petitions, and underlined that the SC should focus not only on rights of the accused but those of the victims as well.
The junior Home Minister's remarks came on a day when a Delhi court stayed the execution of Nirbhaya gangrape and murder convicts till further orders.
The execution was earlier scheduled to take place on February 1, after it was deferred from the initial date of January 22 due to a mercy plea filed by Mukesh Singh.
Notably, the Supreme Court had confirmed the death sentence of the four convicts -- Akshay Thakur, Mukesh Singh, Pawan Gupta, and Vinay Kumar Sharma -- on May 5, 2017 underlining that crime fell in the category of the "rarest of the rare" and the offence had created a "tsunami of shock".
Ever since, the convicts have filed a series of review petitions in the apex court and recently mercy pleas with the President of India to commute their death sentence.
During the hearing of the case on Friday, public prosecutor Irfan Ahmad said that convict Mukesh has no legal remedies available and his death sentence should be executed.
Advocate AP Singh, appearing on behalf of the convicts, submitted that some legal remedies are still available for the convicts adding that Mukesh has been sincerely pursuing all legal remedies without delay.
On the other hand, Ahmad argued that the application moved by Vinay and Akshay is non-maintainable as per the Delhi Prison Rules but said that the execution of Vinay can be postponed.
Recently, Vinay Sharma had filed a mercy petition in the matter.
Advocate Seema Kushwaha, representing the victim's side, said that the convicts herein are adopting delay tactics to thwart the speed of justice.
The case pertains to the gang-rape and brutalising of a 23-year-old paramedical student in a moving bus on the night of December 16, 2012, by six people including a juvenile in Delhi. The woman had died at a Singapore hospital a few days later. (ANI)