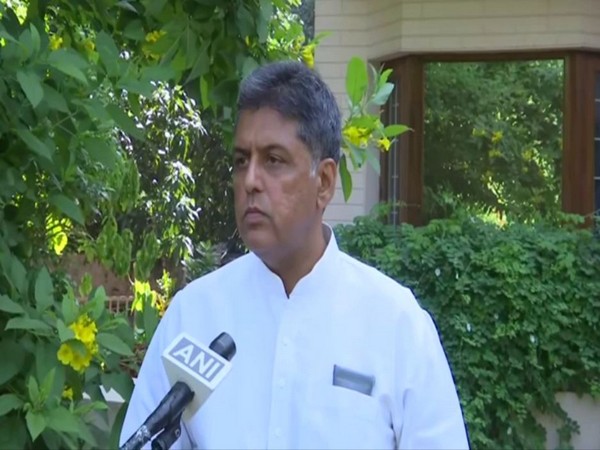 Chandigarh (Punjab) [India], October 14 (ANI): Congress MP (Lok Sabha) Manish Tewari said on Thursday said that the Centre's recent order extending the jurisdiction of the Border Security Force (BSF) in border states could have potentially negative consequences for Punjab and the State Government should approach the Supreme Court to get the order withdrawn.

"This move of centre can have negative consequences for Punjab. The Punjab government should approach the Supreme Court and get the order withdrawn or Union Government should recall the law themselves. This order means that the whole Amritsar region will be in the jurisdiction of the BSF. This is an attack on the federal structure of governance as given in the constitution. Police, Law and Order are state subjects. But through this order, the centre is taking the policing powers of the state and also half of the state itself," he said while talking to ANI.
As per the fresh order, the BSF, which was only empowered to take action up to 15 kilometres in the states of Punjab, West Bengal and Assam, has now been authorised to spread its jurisdiction up to 50 km without any hurdle or further permission either from central or state governments.
Various Punjab politicians have voiced their opinions on this order by the centre.
Punjab Chief Minister Charanjit Singh Chani on the other hand criticised the Centre's move to expand BSF's jurisdiction in border states by 50 kilometres.
"I strongly condemn the GoI's unilateral decision to give additional powers to BSF within 50 KM belt running along the international borders, which is a direct attack on the federalism. I urge the Union Home Minister @AmitShah to immediately roll back this irrational decision," said Channi in a tweet.
Punjab Deputy Chief Minister Sukhjinder Singh Randhawa has termed the Centre's recent decision of allowing more jurisdiction to the Border Security Force (BSF) in border areas as an attempt to 'weaken the spirit of federalism'.
While, Former Captain Amarinder Singh said on Wednesday that enhanced power and presence of Border Security Force's (BSF) in Punjab will only make the state stronger, adding that central armed forces should not be dragged into politics.
"Our soldiers are being killed in Kashmir. We're seeing more and more weapons and drugs being pushed by Pak-backed terrorists into Punjab. BSF's enhanced presence & powers will only make us stronger. Let's not drag central armed forces into politics," said the former CM as per a tweet from his media advisor Raveen Thukral. (ANI)