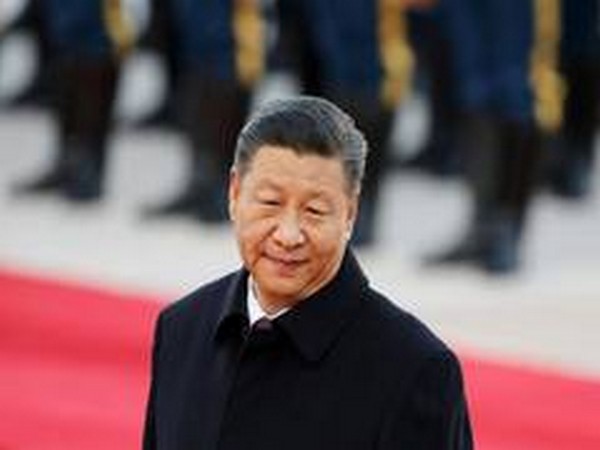 Beijing [China], May 22 (ANI): With the world ravaged by Covid-19, which was first discovered in China, the apparent magnanimity of Beijing towards countries seeking its aid amid the crisis has served it in gaining heft on the global political stage.

Underdeveloped countries overwhelmed by the extremely high rates of infection are relying on rapid international assistance, including that of China. With its financial might, Beijing's magnanimity towards the same "fits in" with its "master plan for working its way up to the top of the world order," according to German public broadcaster DW news.
"Beijing's stated aim is to form an alliance among developing countries so that they can become independent from their former colonial masters -- both economically and politically -- and strike out in new directions. But, in fact, China is itself seeking hegemony, although it would, of course, never admit it," the report said.
China is financing huge infrastructure projects as part of its grand Silk Road initiative, which stretches right from China via the Strait of Gibraltar and across to the South Pacific. In the process, Beijing has secured access to the strategically important resources in Africa which has led to opening up new markets for Chinese exports, particularly in eastern and southeastern Europe.
The recipient countries, part of the Silk Road project, are increasingly politically dependant on China, owing to their huge debt burden. "A single decision at the Communist Party headquarters sometimes suffices to determine whether a government has a chance at reelection or whether a dictator retains the reins of power. In such countries, Beijing chooses politicians it finds convenient as heads of state and government," the report said.
As the coronavirus pandemic sees no signs of abating, WHO members, including China, adopted a resolution earlier this week at the World Health Assembly to investigate the global handling of the crisis. Even as many countries, including the US and India, have pinpointed at China for hiding the initial outbreak of the virus and for the spread across the globe, Chinese President Xi Jinping shifted gears and is "being astoundingly generous."
In a video message, Xi urged all countries across the globe to support developing nations and pledged USD 2 billion in aid over two years to help them respond effectively to the pandemic. He also pledged to place any vaccinations developed and certified by China at the world's disposal as a "global public commodity," according to DW.
This came after weeks of acrimony between China and the US over a proposal to investigate the origins of Covid-19.
US President Donald Trump has threatened to permanently halt funding for the WHO if it did not commit to improvements within 30 days, and to reconsider the membership of the United States in the global health body.
Trump had temporarily suspended US' contribution to the WHO last month, accusing it of promoting China's "disinformation" about the coronavirus outbreak, although WHO officials denied the accusation and Beijing said that it was transparent and open.
According to data compiled by John Hopkins University, the total number of globally confirmed cases of Covid-19 is 5,118,416 and 333,212 fatalities, with the US being the worst-hit by the pandemic. (ANI)