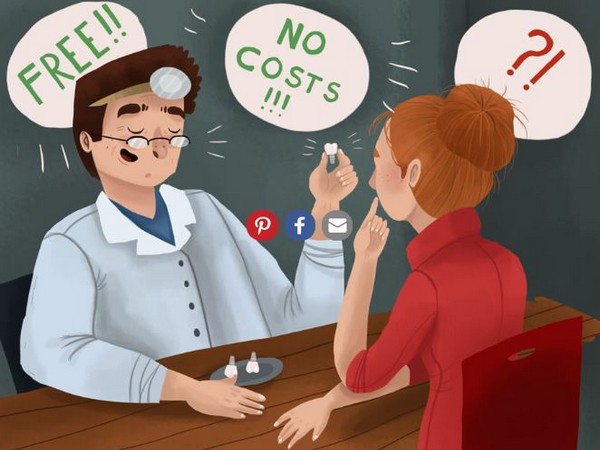 Washington D.C. [USA], Feb 14 (ANI): It has come to notice that the spread of misinformation, harmful advice, fake news about diseases could be making its outbreaks worse, according to new research from the University of East Anglia (UEA).

Researchers say their findings could also be useful for dealing with the COVID-19 Coronavirus outbreak.
The researchers' team is on the take that a bid to combat people sharing misinformation on social media could save lives.
Many harmful effects are known around the spread of misinformation, but less known is the possibility that misinformation spread could harm human health, especially during the outbreak of an infectious disease.
Prof Paul Hunter and Dr Julii Brainard, COVID-19 experts, both from UEA's Norwich Medical School, set out to test the effect of sharing dangerously wrong information on human health during a disease outbreak.
Prof Hunter said: "Worryingly, research has shown that nearly 40 per cent of the British public believe at least one conspiracy theory, and even more in the US and other countries. Misinformation means that bad advice can circulate very quickly - and it can change human behaviour to take greater risks."
"People in West Africa affected by the Ebola outbreak were more likely to practice unsafe burial practices if they believed misinformation. And here in the UK, 14 per cent of parents have reported sending their child to school with symptoms of contagious chickenpox - violating school policies and official quarantine advice."
"Examples of risky behaviour during infectious disease outbreaks include not washing hands, sharing food with ill people, not disinfecting potentially contaminated surfaces, and failing to self-isolate," he added.
The researchers created theoretical simulations which took into account studies of real behaviour, how different diseases are spread, incubation periods and recovery times, and the speed and frequency of social media posting and real-life information sharing.
Dr Julii Brainard said: "We found that misinformation during epidemics of infectious disease could make those outbreaks more severe.
"We tested strategies to reduce misinformation. In our first study, focusing on the flu, monkeypox and norovirus, we found that reducing the amount of harmful advice being circulated by just 10 per cent - from 50 per cent to 40 per cent - mitigated the influence of bad advice on the outcomes of a disease outbreak."
Brainard and team tired 20 per cent of the population not to share belief harmful advice, which saw positive result later. (ANI)