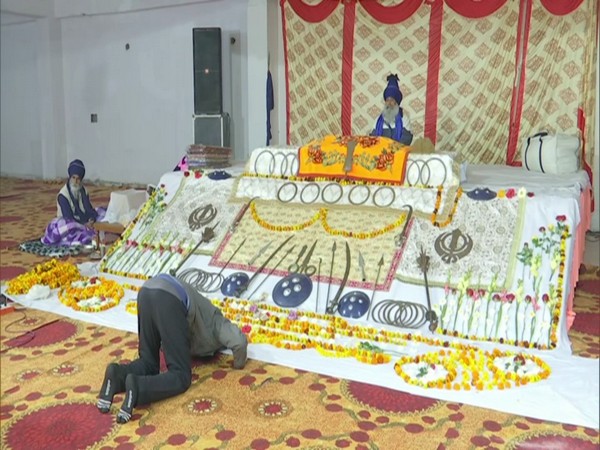 New Delhi [India], January 13 (ANI): The farmers' protest at the borders of the national capital against the Centre's farm laws entered its 49th day on Wednesday amid biting cold weather across the region.

A temporary Gurudwara has been set up at the Singhu border, where the farmers are protesting. According to Charanjeet Singh, a member of the Gurudwara, the Gurudwara has been set up for six days and many people are coming to pray for the souls who lost their lives during the protest.
"We are doing an 'Akhand path' (ritual worship) to honor the souls of the people who have died. This will be set up for about six days so that people can continue to pray. We want to honour not just those farmers who died here, but also across Maharashtra, UP and other states," Singh told ANI.
At Coimbatore, farmers from Pollachi in Coimbatore celebrated Bhogi Pongal by burning copies of the farm laws. 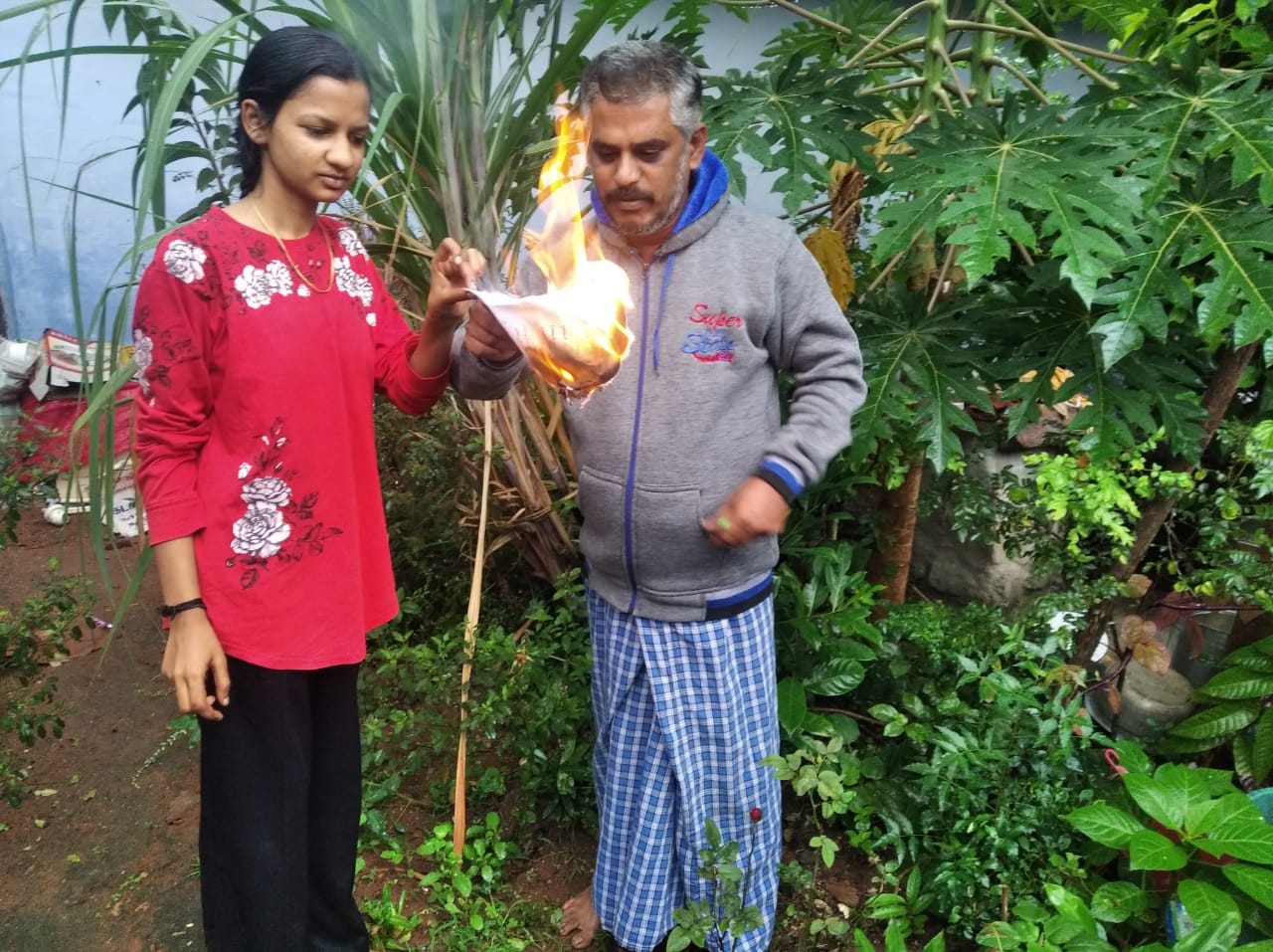 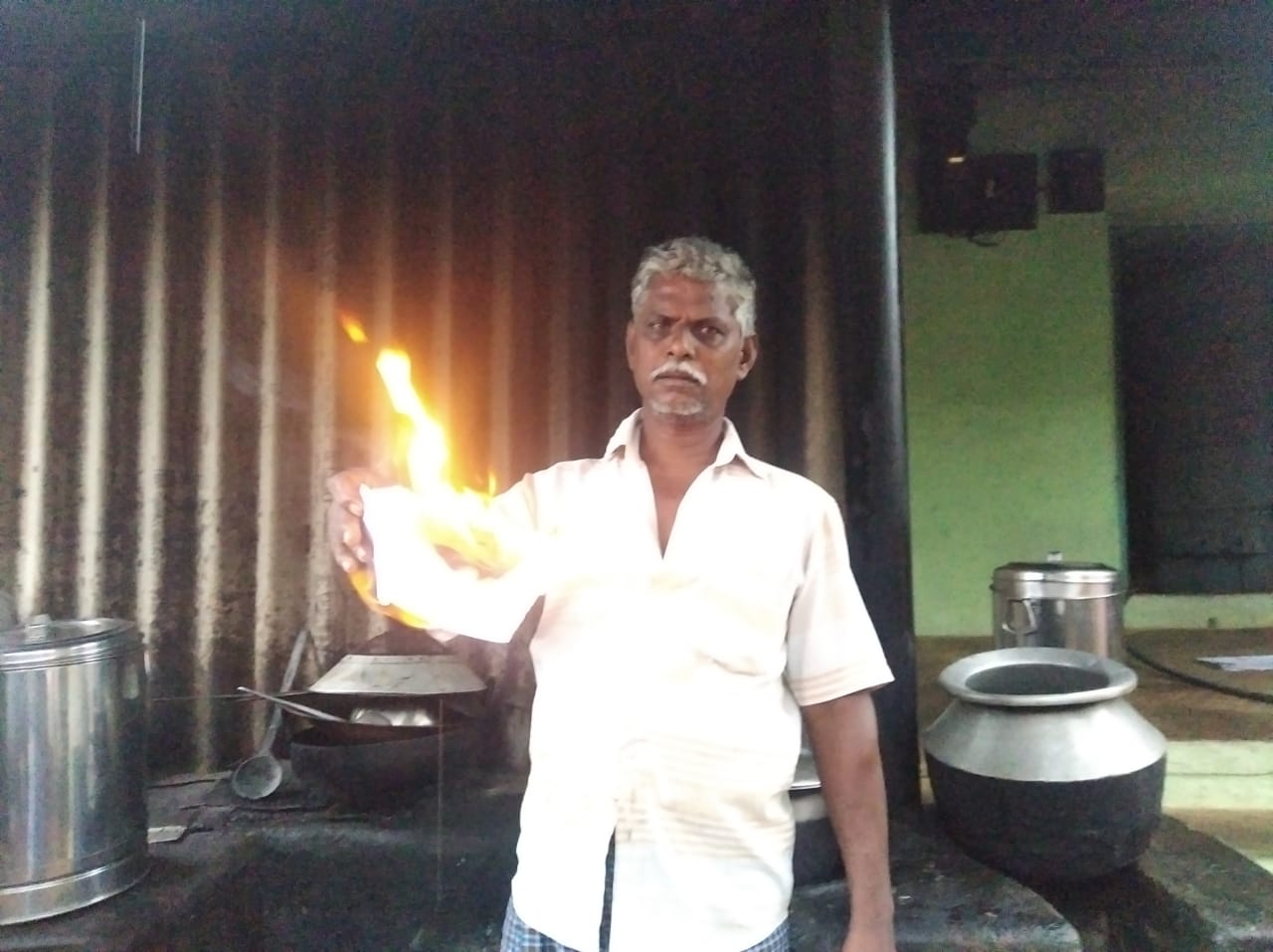 Largely celebrated in the states of Tamil Nadu, Andhra Pradesh, and Telangana, Bhogi marks the beginning of the four-day Pongal festival in which useless household articles are put in a bonfire.
Meanwhile, a group of men protesting at the Tikri (Delhi-Haryana) border were seen raising slogans without their shirts, braving the cold weather condition prevailing over this part of the country. 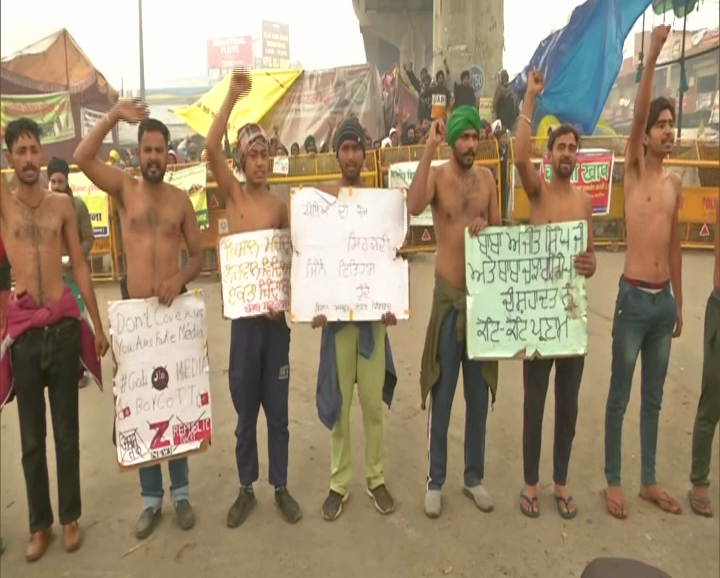 They raised slogans of 'Jai Jawan, Jai Kisan', and 'Sadda haq, aithe rakh,' (It's our right, keep it here), and held up signboards saying 'No farmers, no food'.
On Tuesday, the Supreme Court stayed the implementation of three farm laws and asked the committee formed by it concerning the three farm laws to submit its report within two months.
The court said the first sitting of the committee, formed to listen to the grievances of farmers and views of the government, should be held within 10 days.
Farmers have been protesting at the different borders of the national capital since November last year, against the three newly enacted farm laws - Farmers' Produce Trade and Commerce (Promotion and Facilitation) Act, 2020; the Farmers Empowerment and Protection) Agreement on Price Assurance and farm Services Act 2020 and the Essential Commodities (Amendment) Act, 2020. (ANI)