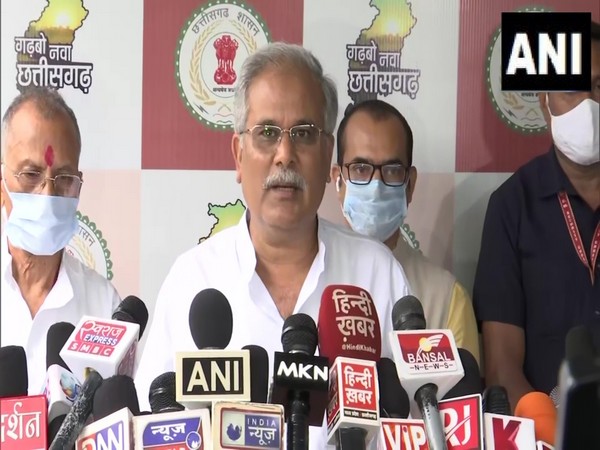 "Farmers are protesting across the nation. They are welcome in Chhattisgarh and if they ask for support, we will provide the same," Baghel told reporters here today.
This comes after Punjab Chief Minister Amarinder Singh urged agitating farmers to shift out of Punjab.
At an event in Hoshiarpur district of Punjab on Monday, Singh had said that farmers should desist from holding protests in a state which "stood like a rock" with them in favour of their legitimate issues against farm laws passed by the BJP led Central Government and "thrusted it upon them unilaterally" even without taking into their confidence.
"The ongoing protests at 113 places in Punjab by the farmers are not at all in the interests of the state, and has considerably impacted its economic development," he said while hoping that his request would be acceded by the farmers on agitation.
Baghel further stated that the farmers' movement in Delhi was started by Congress leader Rahul Gandhi and Kisan Mahapanchayats in Uttar Pradesh and Rajasthan by Congress general secretary Priyanka Gandhi Vadra.
"Rahul Gandhi started farmers' movement in Delhi. Priyanka Gandhi has organised Kisan Mahapanchayats in Uttar Pradesh, Rajasthan," said the Chief Minister.
Farmers have been protesting at various sites since November 26 last year against the three newly enacted farm laws. The Centre and farmer leaders have also held several rounds of talks but the impasse remains.
The three farm laws include the Farmer's Produce Trade and Commerce (Promotion and Facilitation) Bill, 2020, and the Farmers (Empowerment and Protection) Agreement of Price Assurance and Farm Services Bill, 2020. (ANI)