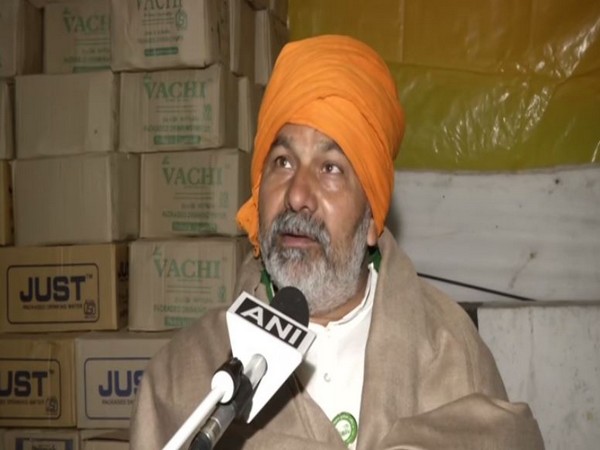 BKU spokesperson Rakesh Tikait on Thursday told ANI, "There will be a historic parade on Republic Day this year. Farmers will take out a procession from Red Fort to India Gate from one side while jawans will march from Rashtrapati Bhavan to India Gate. We will meet at Amar Jawan Jyoti at India Gate. The farmers will make the country proud."
His remarks came after the Supreme Court stayed the implementation of the three central farm laws today.
Tikait had earlier said that protesting farmers will not return to their homes till the new farm laws are repealed.
Both sides are scheduled to meet on Friday to take further the ongoing consultation that began in December. Tikait said they are ready for talks.
Farmers have been protesting at different borders of the national capital since November 26 against the three newly enacted farm laws-- Farmers' Produce Trade and Commerce (Promotion and Facilitation) Act, 2020, the Farmers (Empowerment and Protection) Agreement on Price Assurance and Farm Services Act, 2020, and the Essential Commodities (Amendment) Act, 2020. (ANI)