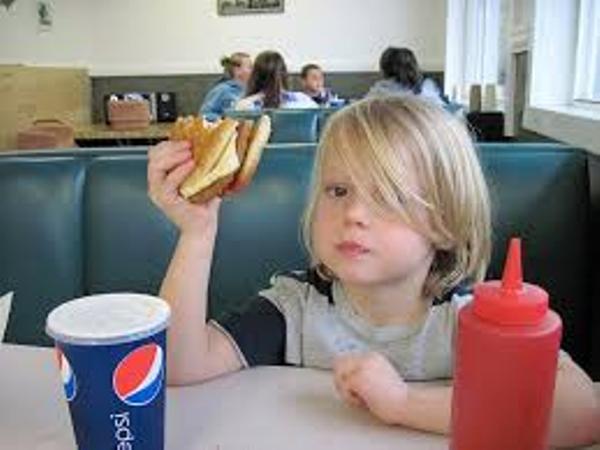 Washington [US], January 14 (ANI): A new paper in Q Open finds that the availability of fast-food restaurants on the route between children's houses and their schools does not affect children's weight.

Reducing the rate of childhood obesity is a top public health priority in the United States where obesity rates are 18.4% for those ages 6-11 and 20.6% for those ages 12-19. Childhood obesity is a documented risk-factor for negative physical and mental health outcomes. Obese children are also more likely to become obese adults and suffer associated health problems.
Researchers have proposed that the accessibility of affordable healthy food options may be an important determinant of childhood weight. Many public health figures are concerned about the role of fast-food restaurants on food consumption and resulting in obesity in children.
Local governments in the United States have the power to influence children's food options through the zoning process. Several cities, including Austin, Texas, and New York, have considered banning fast-food restaurants near schools.
This article investigates the effect of fast-food availability on childhood weight outcomes by gender, race, and location.
The researchers used a novel identification strategy based on changes in fast food exposure along the route between home and school that occur as students progress through the public school system and transition to different types of schools, e.g., from elementary schools to intermediate schools or from intermediate schools to high schools.
Researchers here used Arkansas student Body Mass Index, collected from 2004 to 2010, and matched it to home and school address through annual school registration records. Home address was used to geocode the location of student residences.
The researchers identified fast-food restaurants on the route between children's houses and their schools. Fast food restaurants included the major hamburger chains and drive-in restaurants (e.g. McDonald's, Burger King, Wendy's), dairy stores with large fast-food menus (e.g., Dairy Queen), take-out pizza establishments, quick-service taco places (e.g., Taco Bell). Sandwich delicatessens (e.g., Subway, Quiznos), and fried chicken restaurants (e.g., KFC, Chick-Fil-A). The researchers excluded speciality stores such as ice-cream parlours not selling other fast foods (e.g., Baskin-Robbins), coffee shops (e.g. Starbucks), and doughnut shops (e.g. Krispy Kream).
Using a radius of a one-half mile to define exposure near home and school, the mean total exposure level is 3.34 restaurants. The majority of children in the sample had zero exposure within 0.5 miles of home (69.6%). In contrast, 45.2% of children have at least one fast-food restaurant located within 0.5 miles of their school.
Researchers then measured changes in fast-food exposure as students changed schools as a result of a natural progression through the school system over time, for example, the change from elementary school to junior high school, and thus had different exposure to fast-food restaurants. The researchers found that changes in exposure have no effect on BMI z- score.
For example, increasing fast-food exposure by three restaurants moving from 4th to 10th grade increased the mean change in BMI by .003, less than one per cent (0.7%) of the standard deviation.
Ultimately the researchers found no meaningful association between fast-food exposure along the route to school and BMI. This conclusion holds across different ages of children and for subsamples by gender, race, and ethnicity. The researchers also found no differences by income as measured by whether the child qualifies for free or reduced-price school lunches or between urban and rural children.
These findings suggest that simple exposure to fast-food establishments in the commercial food environment was not a primary driver of excess childhood weight gain among children. While it is possible that fast-food restaurants matter but their effects on BMI are longer-term, the researchers found no evidence that longer exposures as in the 4th to 8th-grade transition differ meaningfully from the 4th to 6th or 6th to 8th-grade transitions.
"Policies that place restrictions on actions of individuals and businesses are costly," said the paper's author, Michael R. Thomsen. We see this with the response to Covid-19. Even when imposed with the most well-intentioned of objectives, people resist attempts to constrain their will. "
"If governments are going to pursue a strategy that requires the investment of time and monetary resources to get a policy passed and enforced, it must be for tangible good, not simply a feeling of having done something. Although there is a strong correlation between the availability of fast-food and obesity, the evidence for a causal relationship remains weak. With limited political capital, policy fights over limiting access to fast-food may not be worth the public health returns." (ANI)