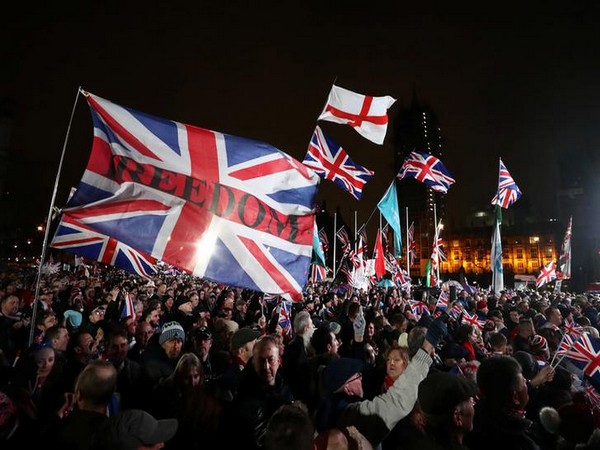 The historic day, which marks an official end of 47 years of Britain's membership in what became the EU, came three-and-a-half-years after the 2016 Brexit referendum, CNN reported.
As the clock struck 11 pm GMT, Prime Minister Boris Johnson termed the moment "extraordinary turning point in the life of this country".
"Tonight we have left the EU - an extraordinary turning point in the life of this country. Let us come together now to make the most of all the opportunities Brexit will bring - and let's unleash the potential of the whole UK," Johnson tweeted.
Brexit has dominated British politics ever since the referendum which included the resignation of former prime minister Theresa May. This comes days after the European Parliament has overwhelmingly approved Britain's departure terms from the EU in a 621-49 vote with 13 abstentions.
Britain has entered the transition period for 11 months. The period was agreed between the British government and the EU. During this period, Britain will remain an EU member state and will have to obey all EU law and European courts. In the coming months, it will continue to pay into the EU budget and comply with any changes to EU law.
In this period, Britain will chalk out the relationship with the EU. A failure to reach an agreement would mean the hardest Brexit possible, causing economic damage for both sides and possibly the wider world.
Formal negotiations will begin on March 3. In the meantime, both sides will outline their priorities and draw their red lines.
The Union Jack is being removed from all EU institutions (one of which will be placed in a museum in Brussels). (ANI)