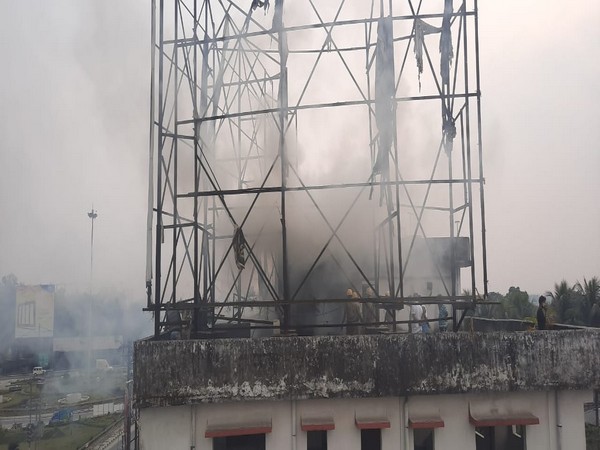 Siliguri (West Bengal) [India], November 21 (ANI): A fire broke out in a four-storey building in West Bengal's Siliguri on Saturday. The flames were later doused and no casualties were reported.

According to officials, four fire tenders rushed to the spot on receiving the call and were able to bring the blaze under control after one-and-a-half-hour of struggle.
Locals in the area saw heavy smoke coming out from the office of a poultry farm at the top of the residential-cum-office building situated in the Naukaghat area and called for firefighters, who were able to douse the flames while ensuring the blaze does not spread.
"It was a residential building and there was an office filled with documents, woods and others. We used smoke guns and later entered into the building to fight the fire," said Bhaskar Nag, Station Officer, Siliguri Fire Station.
The situation is under control now and the fire department will start the investigation to ascertain the cause of the fire. (ANI)