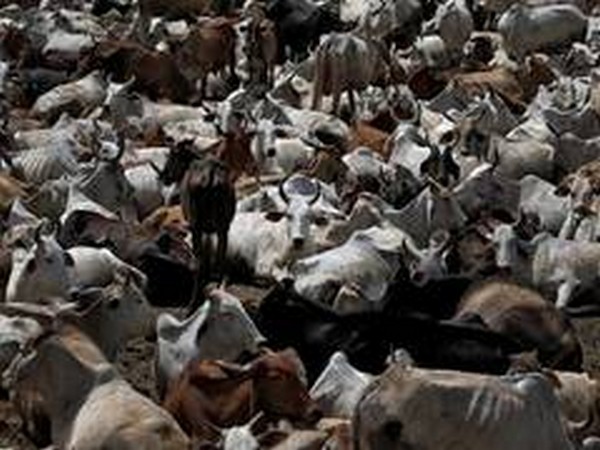 Bengaluru (Karnataka) [India], January 13 (ANI): The Karnataka Police on Wednesday made the first arrest under the recently enacted Karnataka Prevention of Slaughter and Preservation of Cattle Act, 2020.

The first arrest was made in Chickmagalur district on Wednesday. "A cleaner has been arrested and the vehicle and animals have been impounded," the police said.
The incidents took place in two different places in Sringeri police station limits. About 35 cattle were being illegally transported to Mangaluru from Ranebennur in Davanagere district via Sringeri in Chikkamagaluru district, the police said.
The second incident took place near Kaimana village. "A group of unidentified persons attacked the driver of the vehicle transporting the animals. While the cleaner managed to flee the spot. The driver who was attacked by the miscreants is currently undergoing treatment at a local hospital. He has also been booked for illegal transport of animals," the police said.
The driver of the truck, in his complaint at Sringeri station, stated that his truck was stopped by a group of people and he was assaulted.
A case was registered in Sringeri police station of Chickmagalur district.
Two FIRs have been registered regarding the illegal ferrying of animals under the Karnataka Prevention of Slaughter and Preservation of Cattle Act, 2020. (ANI)