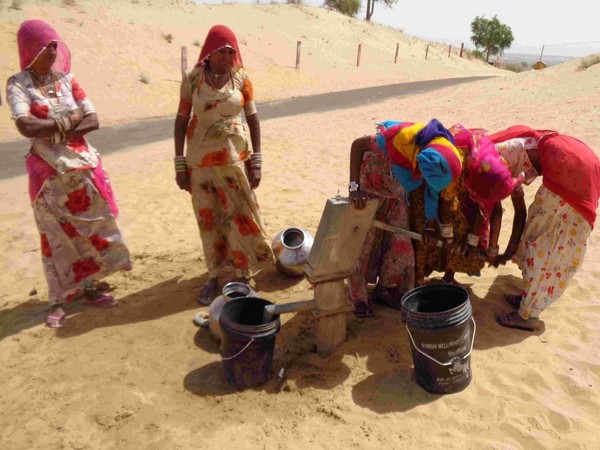 Barmer (Rajasthan) [India], May 23 (ANI): Rajasthan is one such state that has been battling water crisis for several decades, expecting its rural population to "wash hands with soap frequently" when they do not have access to safe drinking water in the first place, is nothing but a mockery of their situation.