Foreign tourist arrivals on e-visas increase to 21.75 lakh in Jan-Oct 2019 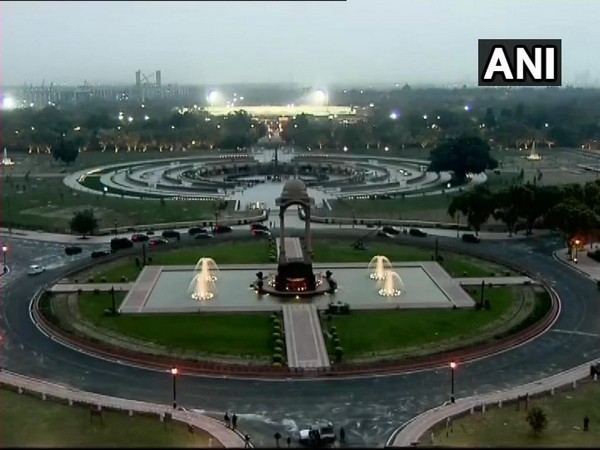 New Delhi [India], Jan 31 (ANI): The liberalisation of the visa regime has seen a significant increase in the number of foreign tourists arriving in India, says the Economic Survey 2019-20, tabled in Parliament by Finance and Corporate Affairs Minister Nirmala Sitharaman on Friday.

According to the Survey, foreign tourist arrivals to India on e-visas, which are available for 169 countries, have increased from 4.45 lakh in 2015 to 23.69 lakh in 2018 and stood at 21.75 lakh in January-October 2019, recording nearly 21 per cent year-on-year growth in the tourism sector.
The services exports have outperformed goods exports in the recent years, due to which India's share in world's commercial services exports has risen steadily over the past decade to reach 3.5 per cent in 2018, twice the share in the world's merchandise exports at 1.7 per cent, observes the Survey.
The Survey also says that various high-frequency indicators and sectoral data such as air passenger traffic, rail freight traffic, port and shipping freight traffic, bank credit, IT-BPM (Business Process Management) sector revenues, foreign tourist arrivals, and tourism foreign exchange earnings suggest moderation in services sector activity during 2019-20.
"India's space program has grown exponentially since its modest beginnings five decades ago, moving from simple mapping services to many more uses currently. Even though India's spending is less compared to others, ISRO has launched around 5-7 satellites per year in recent years with almost no failures," says the survey.
(ANI)