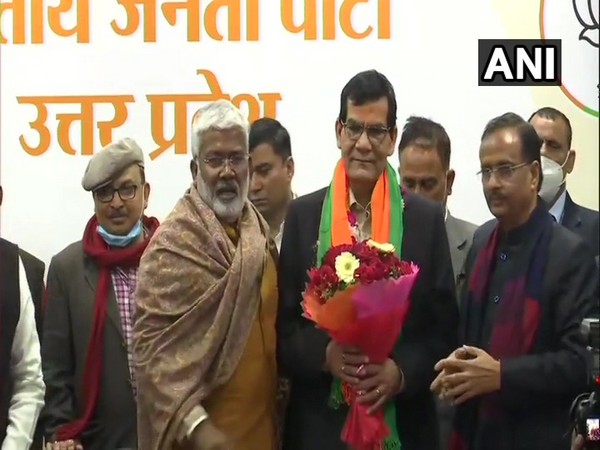 "I come from a backward village of Mau district in Uttar Pradesh. I was working on the post of a secretary and don't have any political background. To bring a person like me into the party, only PM Narendra Modi and BJP can do it," Sharma told reporters here.
Sharma, who assumed the charge as Secretary in the Ministry of Micro, Small and Medium Enterprises (MSME) in April last year, took voluntary retirement from service recently ahead of his scheduled superannuation in July 2022.
Sources said that BJP is likely to nominate the former IAS officer as its candidate for Uttar Pradesh Legislative Council. Elections are being held on 12 seats and the last date for filing of nominations is January 18.
The 1988 batch IAS officer of Gujarat cadre had worked in the Gujarat Government and as Secretary to Prime Minister Narendra Modi during his tenure as the Chief Minister of Gujarat. He also served as additional secretary in the Prime Minister Office (PMO). (ANI)