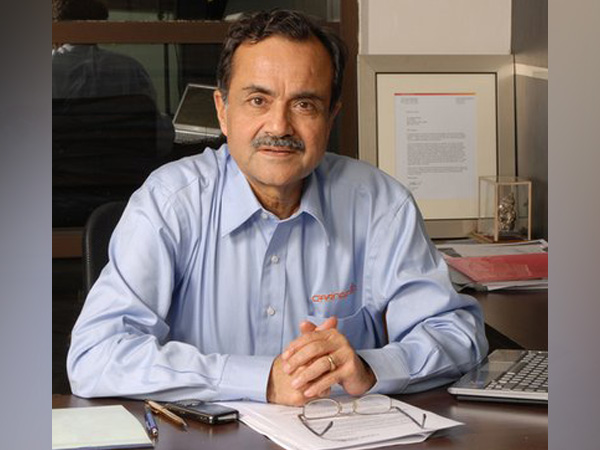 New Delhi [India], Dec 24 (ANI): Former Maruti Managing Director and director of Carnation Auto India Jagdish Khattar on Tuesday said that he is confident that he and his company will come out clean after being charged with committing irregularities by the Central Bureau of Investigation (CBI).

"I had invested my life savings in the company. I understand the bank is following a process. I have always made myself available and will continue to fully cooperate with all the agencies. The claims being made were examined in great detail during the forensic audit and we provided satisfactory replies on each. We were cleared in the forensic audit on each count. I have no doubt we will be vindicated again once the investigation is completed" said Khattar.
The company said in a release today that it was a board-managed company with the highest ethical standards but it, unfortunately, became a bonafide business failure on account of many reasons including cartelization by auto majors by non-supply of genuine parts.
The company has not indulged in any wrongdoing. A search was conducted by CBI but nothing incriminating was found, the release added.
Earlier, CBI filed an FIR against Director of Carnation Auto India, Jagdish Khattar and the said company and other unknown private persons under criminal breach of trust, cheating and criminal misconduct.
The CBI Sources in connection with FIR against Khattar said that searches were conducted on Monday at the company's office in Delhi, residence of Khattar in Noida and at a CA's residence. It added that they have recovered documents related to the case and it was being scrutinized.
The FIR mentions a written complaint dated October 17, 2019, by KN Bhardwaj, Chief Manager, Punjab National India, Large Corporate Branch, Tolstoy House, New Delhi.
"It is alleged in the complaint that the accused borrower company with Jagdish Khattar, MD/Chairman/Guarantor and its sister concern namely M/s Khattar Auto India Pvt Ltd, M/s Carnation Realty Pvt Ltd. and M/s Carnation Insurance Broking Company Pvt. Ltd., who are also guarantors applied for the term loan of Rs 170 Crores which was sanctioned by PNB, LCB, Tolstoy House, New Delhi on May 23, 2009, and thereafter further enhanced by Rs 10 Crores at the request of the accused borrower, however, subsequently restricted to Rs 110 Crores," the FIR says.
"Jagdish Khattar, MD of M/s Carnation Auto India Pvt Ltd in criminal conspiracy with unknown public servants of PNB has cheated the bank of the said amount of Rs 110 Crores (approx), as the same has not been repaid and declared as NPA on September 30, 2015, with effect from June 30, 2012," the FIR added.
The FIR further claimed the accused borrowers "dishonestly and fraudulently in order to cheat the bank and sold the goods hypothecated to the bank without its permission and diverted the funds thereby causing a criminal breach of trust and cheating causing wrongful loss to the bank and corresponding gain to themselves." (ANI)