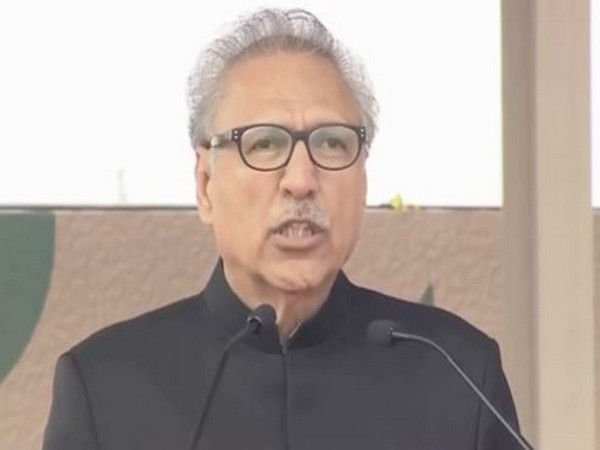 Addressing an event on Sunday, the Pakistan President urged the political leadership of France "not to entrench the discriminatory attitudes against Muslims into laws" and cautioned that doing so would lead to serious repercussions in the shape of hatred and conflict.
Alvi's comments came in reference to an anti-radicalism bill passed by the French parliament's lower house on Tuesday with an overwhelming majority that would strengthen oversight of mosques.
The French Foreign Ministry expressed "surprise and disapproval" over Alvi's remarks and clarified that the bill does not include any discriminatory provisions and is guided by the fundamental principles relating to the freedom of religion and the freedom of conscience.
"The charge d'affaires of the Embassy of Pakistan in France has been summoned to the Ministry for Europe and Foreign Affairs following the remarks made by the Pakistani president during a conference which took place from February 20 to 21 relating to the bill to strengthen respect for the principles of the Republic," the French foreign ministry said in a statement..
The ministry clarified that the bill is guided by the fundamental principles relating to the freedom of religion and the freedom of conscience, makes no distinction between different religions and its provisions will therefore also apply to all faiths.
"We expressed our surprise and disapproval, while the bill does not include any discriminatory provisions, in accordance with our Constitution and our international commitments. Extensive consultations on the bill were carried out by representatives of the major religions, civil society, associations and political parties," the statement read.
"Pakistan must understand this and adopt a constructive attitude with respect to our bilateral relations," it added.
While addressing an international conference on religious freedom and minorities rights, Alvi said the French legislation was not in line with the United Nations charter and contradicted the spirit of social harmony that Europe previously instilled in its society.
"You [France] need to bring people together and not to stamp a religion in a certain manner to create disharmony and bias," Alvi said in his address as reported by the Express Tribune.
Alvi also said: "Let there not be a retrogressive step for situations which arise out of animosity and for situations which are carried forward by the people who do not know about the real Islam."
The bill titled "Supporting respect for the principles of the Republic" was passed by the French lower house on Tuesday. It aims to strengthen oversight of mosques, schools and sports clubs to safeguard France from radical Islamists and to promote respect for French values.
Relations between France and Pakistan deteriorated last year after Pakistani leadership attacked the French government and president Emmanuel Macron for not condemning caricatures of the Prophet.
Last month, French President Emmanuel Macron's top advisor, Emmanuel Bonne said that the relations between France and Pakistan are at a "historic low" amid a spat of terror attacks in the former nation.
"During this crisis, after the campaign against us, our relations with Pakistan probably are at a historic low. This is not exactly what we want, we assume it because our priorities and language are clear," he said during an event in New Delhi. (ANI)