From 'Wuhan Spirit' to 'Chennai Connect', here's a look at outcomes of 2nd informal summit 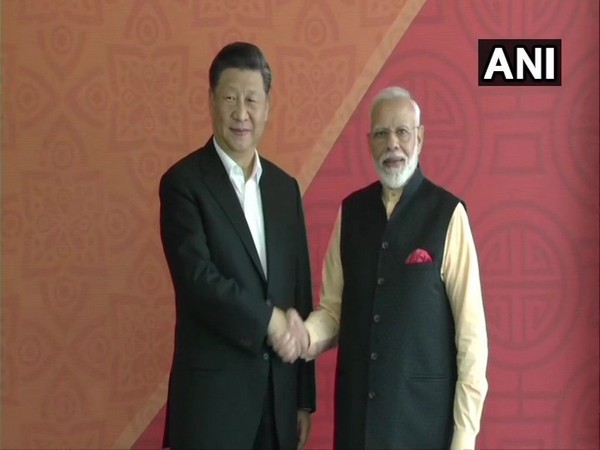 New Delhi [India], Oct 12 (ANI): The much-awaited second informal summit between Prime Minister Narendra Modi and Chinese President Xi Jinping took place in the historic city of Mamallapuram from October 11 to 12, where Modi said that the 'Chennai Connect' is the start of a new era in India-China relations.

The two leaders had an in-depth exchange of views in a friendly atmosphere on overarching, long-term and strategic issues of global and regional importance during the two-day informal meet, according to the Ministry of External Affairs.
During their talks, it was decided that 2020 would be designated as the year of India-China Cultural and People to People Exchanges.
They also agreed that the 70th anniversary of the establishment of India-China relations in 2020 will be fully utilised to deepen exchanges at all levels including between the two countries' legislatures, political parties, cultural and youth organisations, and militaries.
"To celebrate the 70th anniversary of diplomatic relations the two countries will organise 70 activities including a conference on a ship voyage that will trace the historical connection between the two civilizations," an official statement said.
The two leaders also decided to establish a High-Level Economic and Trade Dialogue mechanism with the objective of achieving enhanced trade and commercial relations, as well as to better balance the trade between the two countries.
"They have also agreed to encourage mutual investments in identified sectors through the development of a Manufacturing Partnership and tasked their officials to develop this idea at the first meeting of the High-Level Economic and Trade Dialogue," it added.
Modi and Xi also exchanged views on the boundary question.
They welcomed the work of the Special Representatives and urged them to continue their efforts to arrive at a mutually-agreed framework for a fair, reasonable and mutually acceptable settlement based on Political Parameters and Guiding Principles that were agreed by the two sides in 2005, the MEA stated.
"They reiterated their understanding that efforts will continue to be made to ensure peace and tranquillity in the border areas, and that both sides will continue to work on additional Confidence Building Measures in pursuit of this objective," the ministry added.
During the summit, the Prime Minister and the President also discussed the age-old commercial linkages and people-to-people contacts between India and China. Towards this, Modi and Xi agreed on the establishment of sister-state ties between Tamil Nadu and Fujian Province.
"The two leaders agreed on establishment of sister-state relations between Tamil Nadu and Fujian Province, exploring the possibility of establishing an academy to study links between Mahabalipuram and Fujian province on the lines of the experience between Ajanta and Dunhuang and conducting research on maritime links between China and India in view of our extensive contacts over the centuries," the official statement also said.
The two-day summit stood testament to the close ties shared between Modi and Xi. The Prime Minister took the President on a guided tour of UNESCO World Heritage Sites like Arjuna's Penance, Krishna's Butter Ball, Pancha Rathas and the Shore Temple in Mamallapuram. He also hosted Xi for dinner on Friday night and for lunch on Saturday afternoon.
The visiting dignitary relished a variety of Indian cuisine during the dinner hosted by Modi in his honour on Friday. The two leaders met for over two hours over dinner, the menu of which gave special focus to South Indian cuisine. (ANI)