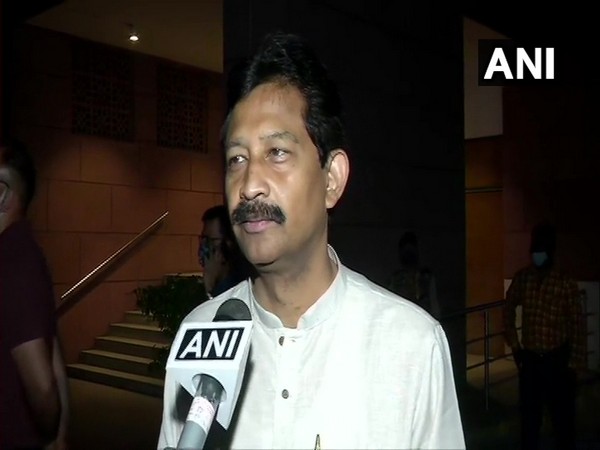 While his former colleague from West Bengal Chief Minister Mamata Banerjee's cabinet Suvendu Adhikari has gone out all guns blazing to accuse the CM of protecting her nephew despite corruption allegations Rajib Banerjee has not launched any strong direct attack on the CM.
Attacking Mamata, Rajib told ANI, "In 2011 when we (TMC) came into power, we had slogan 'Badla nahi badlav'. However, since Panchayat elections, this (aim) took a back seat. If I had done work in 10 years, why do I need to stop others from filing nominations."
The former TMC minister who holds influence in Howrah district claimed that Mamata betrayed trust of people.
"I was first one to raise voice against corruption in the Amphan relief. Bengal trusted Banerjee (Mamata). When you (Mamata Banerjee) say 'Khela Hobe', what do you mean by that? It means that you will loot the votes just like CPI (M)," Rajib said.
On lowering the bar of discourse in campaigns, Rajib Banerjee said the language used by the CM shocked him to the core.
"The language used by the Chief Minister against the Union Home Minister and the Prime Minister, I have never even imagined. I still respect her but people will not accept this," said the BJP candidate for Domjur Assembly constituency.
Union Home minister Amit Shah campaigned for Rajib Banerjee on Wednesday.
Domjur is amongst one of the keenly watched electoral battle as TMC has made it a prestige issue to defeat a former minister who left it to join it's arch rival this elections.
While many are tempted to compare it with Nandigram, those close to Rajib Banerjee points stark difference between the two contests.
"Suvendu has a clout that no one enjoys in the masses. He is politically very strong. He belongs to family of politicians which isn't the case of (Rajib) Banerjee," said a senior leader.
However, winning Domjur will not be a small feat for BJP given the demographics.
"There is atleast 40 per cent minority population in this constituency. With TMC vying to consolidate their votes, it will be a challenge to win this seat," added another leader.
Howrah was Congress bastion but then it went to Left before turning into TMC bastion. TMC won 15 seats in Howrah district in 2019 Loksabha polls.
"I have worked for people and I have been with them. This election is not a challenge for me. I am dada, son and a family member to each one of them. This is how I am known in Domjur. People will understand that she (Mamata) is fighting for 30 per cent votes whereas I am fighting for 100 per cent," Rajib told ANI.
Rajib Banerjee claims that out of 16 constituencies in Howrah district, BJP is winning 12.
Rajib joined BJP after stepping down as the Forest Minister of West Bengal earlier this year. Several other TMC leaders including former state minister Suvendu Adhikari had joined the BJP ahead of the Assembly polls in the state.
West Bengal has witnessed three out of the eight phased polls to the 294-member state Assembly. Counting of votes will be held on May 2. (ANI)