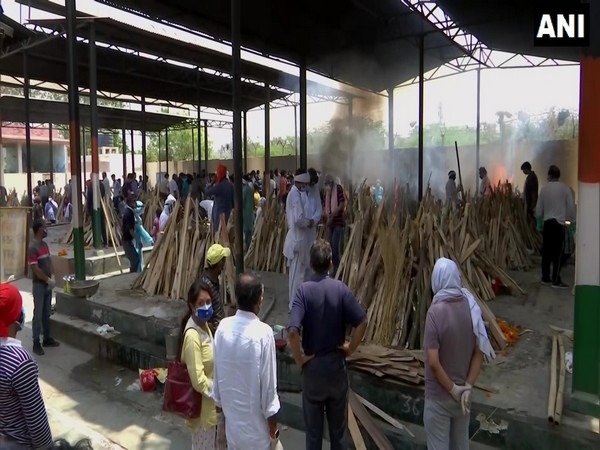 New Delhi [India], May 3 (ANI): As deaths due to COVID-19 continues to rise in the national capital, frustation among the public is also on the rise as protocols for the contagious disease have been flouted in Ghazipur crematorium.

People at Ghazipur crematorium were upset and angry as COVID-19 protocols were not being followed as the bodies have piled up due to the increased number of fatalities due to Covid-19.
As several crematoriums are facing space shortages, a worker, Om Prakash at the crematorium told ANI, "There's no space to keep corpses. The crematorium is fully crowded. Officials are also overburdened.A body has to wait for a minimum of eight hours before it can get a pyre."
PPE kits are also found lying uncovered while thje priets were even saying with no face masks
He complained about the scarcity of space and wood to cremate his loved one. "We have to wait for 5-6 hours for cremating the body. Also, we are running out of wood and it takes time to replenish the stock." 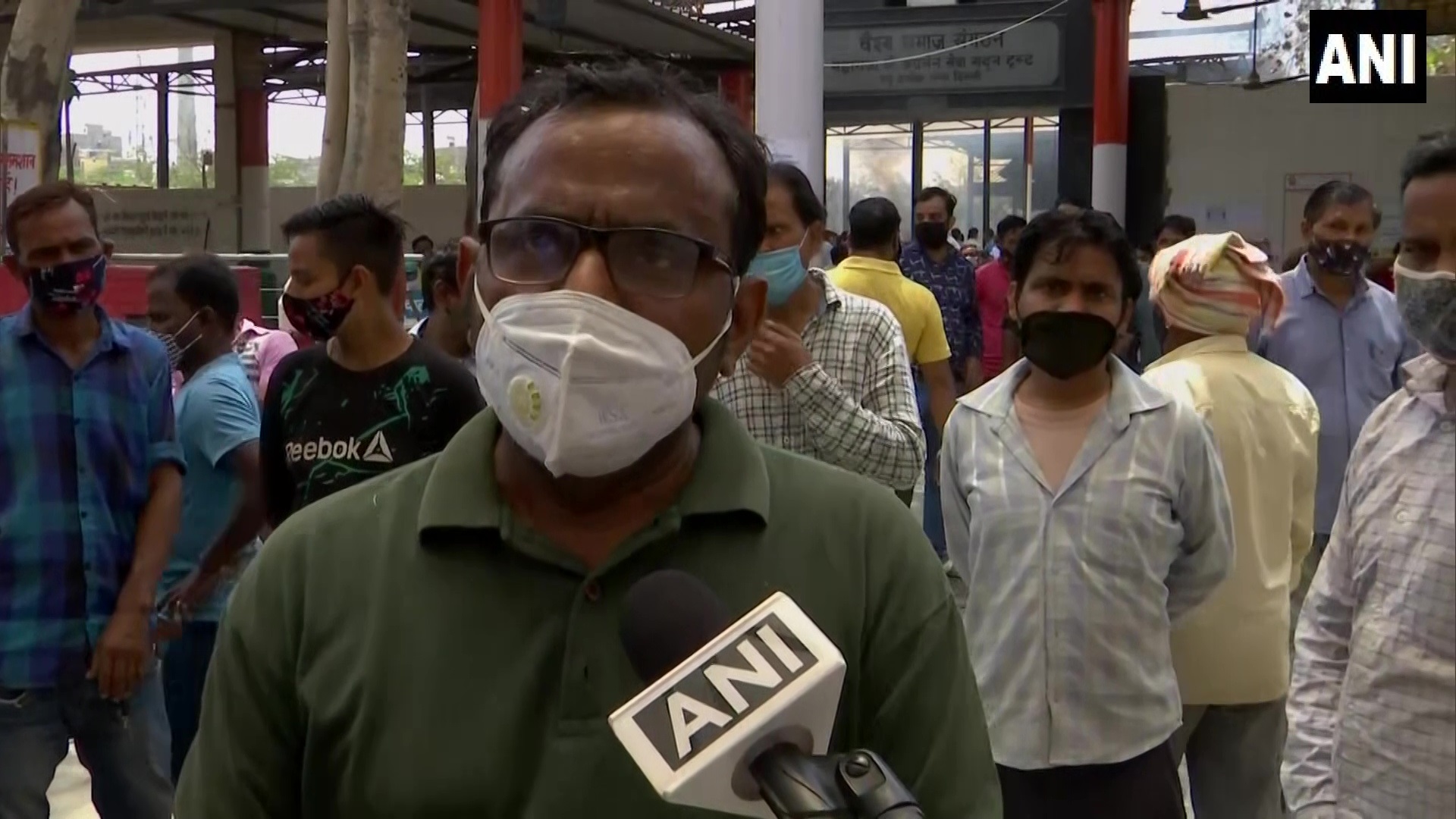 Delhi's new COVID-19 cases slightly dipped on Sunday to 20,394 but the city saw 407 deaths in the last 24 hours. It was the second consecutive day when Delhi saw more than 400 deaths.
According to Delhi Health Department yesterday, the city also saw 24,444 discharges in the last 24 hours. The total count of cases in the city had gone up to 11,94,946 including 92,290 active cases and 10,85,690 recoveries. The death toll had gone up to 16,966.
Delhi saw 412 deaths, 25,219 new cases, and 27,421 recoveries on Saturday.
On April 29, a letter in this regard had been issued by the South Delhi Municipal Corporation under strict compliance that reads, "All the S/ASts are hereby directed to deploy 2 to 4 Sks in the cremation ground under their jurisdiction to make the proper sanitation condition and SKs will watch and ward over the function of concessionaire le. DDSIL for the collection and disposal of PPE Kits daily if they found any laxity with intimate to the undersigned immediately."
PPE kits are also found lying uncovered/ unwrapped outside crematoriums hence strict order was given in this regard.
"SKs will also ensure to arrange the two bins inside the cremation ground for the collection of PPE kits," the letter reads. (ANI)