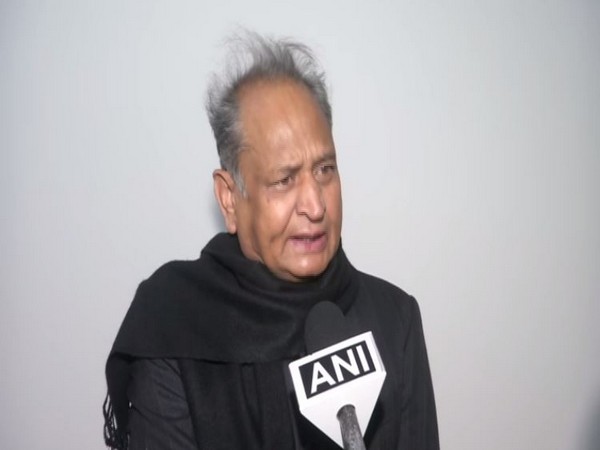 Jaipur (Rajasthan) [India], September 16 (ANI): Rajasthan Chief Minister Ashok Gehlot on Wednesday expressed grief over the capsizing of a boat, carrying around 45 devotees to a temple, in Chambal river in the Kota district of the state.

"The incident of a boat capsizing in the Dhibri Chambal at Kota's Khatoli police station area is extremely saddening and unfortunate. I express my deepest condolences to the families of the victims in the accident," Gehlot said in a tweet.
The Chief Minister said that he has spoken with the Kota district administration to take a stock of the situation and directed to immediately initiate relief operations and launch a search for the missing people.
"I have taken a stock of the situation and have given directions to immediately initiate relief and search operations for the missing people. Local police and officials are present at the spot. Directions have also been given to grant assistance to the affected families from the Chief Minster's fund," Gehlot said in the following tweet.
A boat carrying around 45 devotees to a temple capsized in Chambal river Kota district. Etawah sub-divisional magistrate (SDM) Ramavtar Barnala has said that three bodies have been recovered and rescue operation is underway. (ANI)