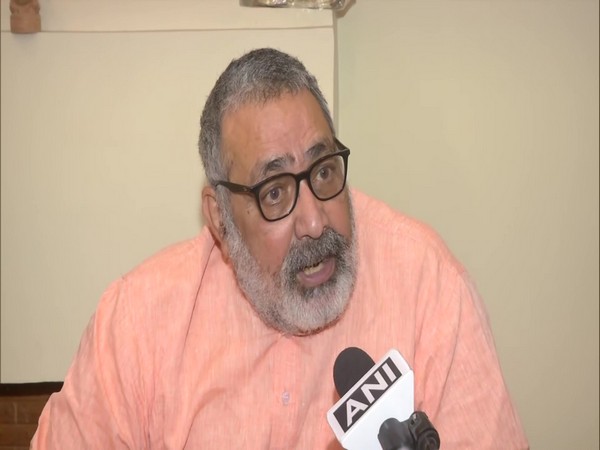 New Delhi [India], July 21 (ANI): The Central government's statement that no deaths due to lack of oxygen have been specifically reported by states and Union Territories (UTs) during the second wave of COVID-19 has turned into a flashpoint between the BJP and the Congress on Tuesday.

Responding to a question by Congress MP KC Venugopal on whether a large number of COVID-19 patients died on roads and hospitals due to acute shortage of oxygen in the second wave, Minister of State for Health Dr Bharati Pravin Pawar pointed out that health is a state subject and accordingly all states/UTs report cases and deaths to the Union Health Ministry on a regular basis.
Replying to another question, the Union Minister said that there are no reports of concealing of death by the State/UT government.
"There are no reports of concealing of death by the State/UT government. However, some of the states based on the reconciliation of mortality data have revised their figures. Such states have been advised to reconcile their data correctly in terms of dates and districts so as to get a correct picture of the pandemic," Dr Pawar stated.
Later, Gandhi tweeted in Hindi, tagging the news about the government's response. "It wasn't just the lack of oxygen. There was severe lack of sensitivity and truth -- then and now," he wrote.
Reacting to Congress leader Rahul Gandhi's "lack of sensitivity and truth" remark, BJP leader Giriraj Singh mocked him saying he "lacks brain" and said that he can tell states governed by Congress governments to submit modified lists and further warned him to "stop lying until then".
Taking to Twitter, Singh retaliated in Italian and said: "I would say about this prince: He lacked the brain then, he misses it now and he will miss it forever. These lists are compiled by the states. You can tell the states governed by your party to submit modified lists. Until then stop lying."
Dr Pawar highlighted that the medical oxygen demand in the country during the second wave peaked at nearly 9000 Metric Tonnes (MT) as compared to 3095 MT during the first wave. (ANI)