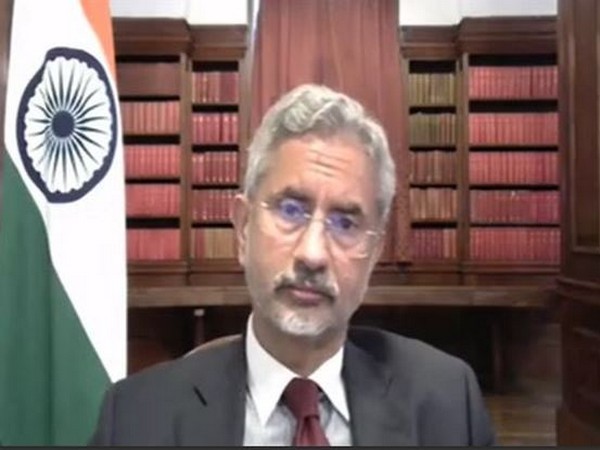 London [UK]/ New Delhi [India], May 5 (ANI): Terming the recently-concluded India-UK summit as "transformational", External Affairs Minister (EAM) S Jaishankar has said that that he was in touch with foreign ministers of G7 countries, many of whose members have been through very severe form of COVID-19 whose intensity matches the current surge of cases in India.

"My message going through G7 is that this is a global challenge, everybody knows that. All of you have been through. We are going thorough right now. There are various factors and reasons serious and severe as it is and global pandemic requires global efforts and in the past we have contributed to that global effort," Jaishankar told ANI in an exclusive interview.
India, Australia, South Korea, South Africa and the chair and secretary general of the Association of Southeast Asian Nations (Asean) have been invited as guests in the G7 foreign ministers meeting being hosted by UK.
Jaishankar said COVID-19 was very much part of the agenda of G7 as it is the biggest challenge not just in India but in entire world.
"When it comes to G7, we are pretty much in touch with all of them," he said
He said countries including the US, UK, Germany, France, Italy have seen severe form of COVID-19. "In fact, if you look at it proportionally, in many cases, their intensity is as much as we are going through it in India, some ways it is even more than what we are going through. A lot of our situation and our stresses today hospitals situation, oxygen situation, New York has seen it, France has seen it, Italy has seen it. Talking to my counterpart Portugal, he said just a few months ago we went through it we had the highest per capita cases and fatalities but we have come through it," he said.
Referring to the India-UK summit, he said the two countries have prepared a very detailed roadmap for the bilateral ties for the next 10 years and have covered all the aspects of the relationship.
An ambitious 'Roadmap 2030' was adopted at the summit between India and UK to elevate bilateral ties to a 'Comprehensive Strategic Partnership' to pave the way for a deeper and stronger engagement in the key areas.
"I think this in many ways can be transformational for the relationship. There were four big outcomes. There was a very detailed roadmap for relationship 2030 that we have worked out, which pretty much covers all the aspects of India UK ties," he said.
Talking about the recent COVID-19 assistance, the EAM said the UK has been really a very solid friend.
"We are getting oxygen plants, concentrators, cylinders to address the oxygen challenge. You know the vaccine collaboration and Covishield is the outcome of that (relationship)...And, our scientists are working together as well on sequencing as well," said Jaishankar.
"I feel enormous support which people in UK and Indian community here has for the COVID situation, and how much would they like to contribute to our efforts to deal with it," he added.
The minister said he was informed due to changes of the policies in recent months, 58,000 more Indians have qualified to come to the UK from October.
"I was informed due to changes in the policies in recent months from October, 58,000 more Indians have qualified to come to the UK. So this is the relationship, in Boris Johnson's words, we are not looking at something evolutionary, we are looking at something transformational. And our Prime Minister also highlighted the living bridge which is a very, very unique talent," he said. (ANI)