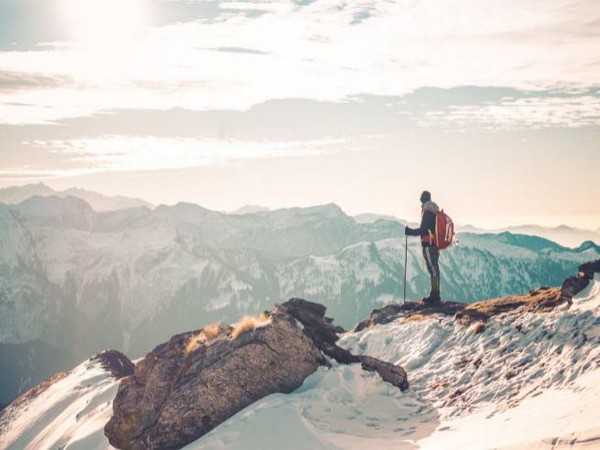 Washington [US], June 7 (ANI): Carried like stowaways in the guts of international travellers, new and potentially deadly strains of antimicrobial-resistant superbugs may be coming to a community near you, suggests new research from Washington University School of Medicine in St. Louis.

"Even before the COVID-19 pandemic, we knew that international travel was contributing to the rapid global increase and spread of antimicrobial resistance," said Alaric D'Souza, an MD/PhD student at Washington University and a co-first author of the study to be published June 6 in Genome Medicine. "But what's new here is that we've found numerous completely novel genes associated with antimicrobial resistance that suggest a worrisome problem on the horizon."
The research confirms that international travellers often return home with an unexpected bounty of new bacterial strains jostling for position among the thousands that normally reside within the gut microbiome.
Poverty, poor sanitation and changing agricultural practices have turned many low-income, developing regions into hot spots for diseases spread by bacteria, including infections that are increasingly resistant to a range of antibiotic drug treatments.
High-population densities make it easy for these bacteria to be shared among community residents and travellers through exposure to contaminated drinking water and food, or poorly sanitized restrooms, restaurants, hotel rooms and public transportation. Back at home, travellers run the risk of transferring these novel bacteria to family, friends and other community residents.
The research, conducted with Maastricht University in the Netherlands, involved analyzing bacterial communities in the gut microbiomes of 190 Dutch adults before and after travel to one of four international regions where the prevalence of resistance genes is high: Southeastern Asia, South Asia, North Africa and Eastern Africa.
Faecal samples analyzed as part of the study were randomly selected from a larger, multicenter investigation of about 2,000 Dutch travellers, the majority of whom were tourists, known as the Carriage Of Multi-resistant Bacteria After Travel (COMBAT) study.
"We found significant travel-related increases in the acquisition of resistance genes, abundance and diversity encoded by bacteria that are endemic to the region visited," D'Souza said. "These findings provide strong support for international travel as a vector for the global spread of clinically important antimicrobial resistance genes and highlight the need for broader surveillance of antimicrobial-resistant bacteria in the gut microbiomes of returning travellers."
The new study was designed by co-senior authors John Penders, a medical microbiologist at Maastricht University, and Gautam Dantas, PhD, a professor of pathology & immunology at Washington University. Manish Boolchandani, PhD, a member of the Dantas Lab during the research and a 2020 graduate of the university's doctoral program in Computational and Systems Biology, is also the first author on the paper.
The World Health Organization, the U.S. Centers for Disease Control and Prevention, and other agencies have described the rapid spread of antimicrobial resistance as one of the most serious public health threats now facing the world -- a looming medical catastrophe that could outweigh the chaos created by the COVID-19 pandemic.
"While previous studies have scanned travellers' stool samples for well-known antimicrobial-resistant bacteria, we used a combination of whole metagenome shotgun sequencing and functional metagenomics to identify both known and novel genes that code for antimicrobial resistance," Dantas said.
More traditional genomic techniques look for distinctive genetic signatures of individual pathogens. But such tests can only find known pathogens, while metagenomic sequencing can identify all organisms present in a given sample: good bacteria, dangerous bacteria and even those that are completely new.
In all, the researchers detected 121 antimicrobial resistance genes across the gut microbiomes of the 190 Dutch travellers. More than 40% of these resistance genes (51 of them) were only discovered using the more sensitive metagenomics technique, suggesting that potentially dangerous genes are being missed by the more conventional approaches.
Equally concerning, the study's results confirmed that 56 unique antimicrobial resistance genes had become part of the travellers' gut microbiomes during their trips abroad, including several mobiles, high-risk resistance genes, such as extended-spectrum b-lactamases (ESBL) and the plasmid-borne colistin resistance gene, MCR-1.
Resistance to beta-lactam antibiotics is emerging worldwide and confers broad resistance to treatment by penicillins and other important antibiotics.
The MCR-1 genes protect bacteria from another antimicrobial drug called colistin, which is the last-resort treatment for infections by multidrug-resistant gram-negative bacteria. If colistin resistance spreads to bacteria that are resistant to other antibiotics, those bacteria could cause truly untreatable infections, the CDC has warned.
Because metagenomic analysis allows researchers to study all the bacteria and genes in a collection of gut microbiome samples as one, large mixed community of organisms, it also provides an opportunity to explore complex ecological interactions between these organisms.
While bacteria may slowly evolve resistance from repeated exposures to antibiotics over time, diverse bacterial communities also share antimicrobial resistance genes through a more rapid process known as horizontal transfer, usually via the exchange of mobile genetic elements that allow snippets of DNA to jump from one bacterium to another.
"Since genes that code for resistance to different classes of antibiotics are often located on the same mobile elements, a single horizontal exchange has the potential to convert bacteria previously susceptible to antibiotics into a multi-drug resistant organism," said Dantas.
Researchers also used metagenomic techniques to piece together important contextual information about resistance gene location and function.
"There was a significant association of resistance genes with mobile genetic elements, a primary way that resistance genes spread among bacteria," D'Souza said. "Though our study was unable to demonstrate resistance genes are carried by pathogenic bacteria, it's clear that this is possible. Additionally, international travellers have the potential to introduce resistance genes into their own communities when they return home, and future studies directly addressing this possibility are a priority."
Added Dantas: "Identifying new antimicrobial-resistant bacteria and genes could play an important role in slowing the global spread of resistance and guide potential treatments for related diseases. Our study lays the groundwork for those efforts by offering new insight into the genetic mechanisms that underlie the rapid acquisition and sharing of antimicrobial resistance genes across people's gut microbiomes during international travel." (ANI)